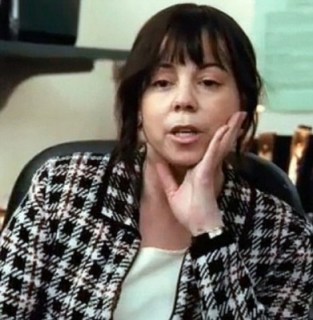 We’ll preface this as we do most of our write-ups on Tyler Perry: we, here at PostBourgie, are not blind TP haters. We have never claimed that he’s “setting the race back” or “cooning.” We don’t think he’s an unabashed embarrassment to Black people. So we hope comments on this piece won’t reflect those kinds of sentiments. In fact, every now and again, we actually kind of admire his hustle. In a way.

That said, news of Perry’s official casting list for his big-screen adaptation of Ntozake Shange’s for colored girls who have considered suicide when the rainbow is enuf went live last night. And we’ve got things to say about it.

As a personal preface, I should also state that I’m not married to this play. In fact, I’ve only read it in passing glances—and that, quite recently—so I don’t count it among my list of formative or transformative literature/performance.

That said, I’ve been voicing concern about Tyler Perry helming this project for quite some time. And now that it looks like he’s firming up his plans to actually do this (not that I really doubted him), I have to pipe up once again.

Black Voices’ BV on Movies article informs us of the following:

At last night’s premiere for his latest film, ”Why Did I Get Married Too?,’ the black box-office maverick revealed that the cast will include Janet Jackson, Mariah Carey, Whoopi Goldberg, Phylicia Rashad, Jurnee Smollett, Kimberly Elise, Kerry Washington, and Macy Gray.

Look, there are some stellar actresses on that list, Whoopi Goldberg and Phylicia Rashad among them. The rest of them, with the exception of Macy Gray, have turned in at least one exceptional performance* during their career spans.

So it’s not even about the casting, really.

It’s Perry himself. We’ve said it before and we’ll say it again: he’s all wrong for this.

The Black Voices article gives us glimpses into why this is so problematic. The writer uses phrasing like, “writer/director/producer Tyler Perry has selected the cast for next film, ”For Colored Girls Who Have Considered Suicide When the Rainbow is Enuf,'” and “… The film is scheduled to shoot in June in New York with a possible winter 2010/ 2011 release date.”

Statements like these only serve to remind us how hands-on (read: controlling) Perry is about pet projects and how hastily he tends to put them together.

A six-month turnaround (shot in June, released this winter) for a Broadway classic? That’s unsettling.

Also: let’s face it. This isn’t the first time he’s worked with Oscar- and Tony-caliber actresses and still churned out a seriously sub-par product.

And there’s still no mention of a choreographer. Considering this thing starts shooting in three months, that’s a definite problem.

In fact, it leads me to my worst fear for the film: that it’ll drop the choreo-poem structure altogether and follow Perry’s patented overstuffed, overwrought ensemble melodrama format**.

I’m not an expert on for colored girls, but I know enough about it to recognize that its film adaptation should more closely resemble Chicago or (gag) Dreamgirls than it should I Can Do Bad All By Myself– which isn’t to say that this play should be treated exactly like a musical; but it should absolutely retain the bulk of its stagy conventions and scene transitions in a silver screen interpretation.

Off all his experience with “musicals,” Perry has never even staged a play with strong choreography. What will he do with a film whose very success as a play was predicated on tightness and synchrony of movement?

Finally, there’s a gnawing worry floating in the background of all this: what if this film sets yet another Perry precedent? When people reach a level of film-producing success this high, they “option” every classic work of literature or theatrical work they can get their hands on. We’ve seen it at play with Oprah and her uneven interpretations of Beloved and Their Eyes Were Watching God. And here it is again with Perry, who (along with Oprah) pushed Precious to the Oscar fore, when they signed on as producers at the last minute, just weeks before announcing he’d snatched up the rights to for colored girls.

If it’s this easy for him now, what other works do we have to look forward to? Tyler Perry’s Tyler Perry Production of Invisible Man, starring Lance Gross? Tyler Perry’s Passing? Tyler Perry’s I Know Why the Caged Bird Sings, with himself in the role of Maya Angelou?***

*Yes. We know it’s risky to call Mariah Carey’s few minutes of compelling work in Precious “exceptional.” That would suggest that it completely acquits her from Glitter. And that is not something we want to suggest. Ever. At all.

**And I’m not saying that this format doesn’t have its merits. Guess who plans to be all up in and through an opening weekend showing of Why Did I Get Married, Too?

***We could do this all day. If you’re bored at work, add your own guesses at Perry’s next big book-to-screen adaptation in the comments section.