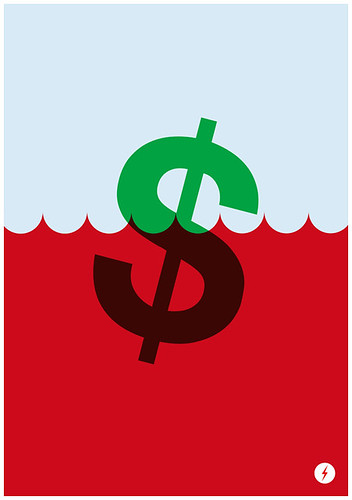 Don’t have a ton to say about the “black women have a net worth of $5” meme (which comes from this study), but allow me to quote Ta-Nehisi Coates on that somewhat inaccurate Pittsburgh Post Gazette story about the study that’s been making the rounds:

The headline announces, presumably, that all single black women are worth $5. The article then qualifies the claim:

Among the most startling revelations in the wealth data is that while single white women in the prime of their working years (ages 36 to 49) have a median wealth of $42,600 (still only 61 percent of their single white male counterparts), the median wealth for single black women is only $5.

This is alarming. But it’s also inaccurate. From the study:

Young women ages 18-35, whether white or non-white, are beginning their adult years with a median wealth of zero, meaning that at least half of women in this age group had no wealth or had debts greater than the value of their assets (see Table 3). However, while white women in the prime working years of ages 36-49 have a median wealth of $42,600 (still only 61% of their white male counterparts), the median wealth for women of color is only $5.

This is still really alarming. But obviously, conclusions about women of color–all nonwhite women and Latinas of all races, according to the study– of a certain age, are very different than conclusions about black women in particular. Professor Chang was kind enough to talk to me this evening and verified that $5 dollar stat applied to women of color as a whole, and not just black women.

This study is really alarming. The lack of wealth among black women and Latinas is a serious issue, and needs to be addressed. But instead of taking the study seriously, the author of the Post Gazette story immediately jumped on the “black women, it sucks to be you” bandwagon, to the detriment of the facts presented in the story itself.

On the good side, the homie Latoya Peterson at Racialicious is doing an in-depth series on women of color and wealth, which is definitely worth a read.