Scott Brown is doing his part to bring sexy back to the Senate: 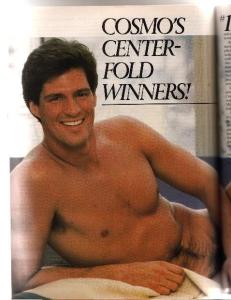 Because John Thune can’t hold it down all by his lonesome.

A special, holiday-delayed edition of the roundup follows:

1. It’s zero hour in Massachusetts. Martha Coakley, once the prohibitive favorite to win the special election to fill Ted Kennedy‘s Senate seat has squandered her sizeable lead in her race against Republican Scott Brown thanks to fervent organizing on the right and a host of her own stupid mistakes on the trail. The math is simple: Coakley loses, Democrats lose their 60th seat, and the narrative on the White House becomes about the newly impotent Obama administration and “America’s rejection of the Democrat agenda.” Democrats have been making contingency plans for her loss, which looks increasingly likely (FiveThirtyEight puts Coakley’s chances of winning at just 25 percent.)

2. The American Prospect has a great piece up about the many options to passing the health care bill despite a possible Brown victory. (Quadmoniker)

3. Also, Jonathan Cohn points the way forward on healthcare reform if Coakley loses. Olympia Snowe could vote for it, which seems unlikely. Paul Kirk, Massachusetts’s interim Senator, could vote for it before Brown is seated.  (G.D.)

4. Steve Benen: “It’s ironic, I suppose, that Ted Kennedy’s constituents — the very families and communities that supported Kennedy’s cause for so long — would put his life’s work in jeopardy so soon after his passing.” (G.D.)

6. Foreign Policy looks back at Haiti’s tragic recent history and rounds up ruminations by Langston Hughes, Edwidge Danticat and others on the island nation. (G.D.)

7. CNN, saving lives on the ground in Haiti. Serious. (Quadmoniker)

8. Sully takes stock of Obama’s the first year. “Those on the left who foolishly saw him as a revolutionary are in a major sulk right now. Those on the right who still see him as a leftist ideologue keep railing against the reality in front of their eyes – as if contemplating a small-c conservative black Democratic president is too much for their brains to grasp. To those who hadn’t observed or read or listened closely enough to Obama, the first year therefore remains a baffling record. But to my mind, it is almost exactly what I expected and yet much more than I could have hoped for. Obama is a liberal pragmatist in politics and a traditional conservative in his understanding of the presidency. Once you grasp this, his first year makes much more sense.” (G.D.)

9. Shirky writes a rant about women, complaining that we don’t self-promote as much as men, and suggesting that the answer is for women to act more like men. M. LeBlanc at Bitch PhD counters, explaining that being arrogant and/or confident is not what being a man is. Meanwhile, TigTog at Hoyden thinks advising people to lie about their achievements isn’t good for anyone, male or female.

10. PolitiFact determines that Obama was truthful nearly half the time when his statements were run through the ol’ Truth-O-Meter. And Joe Wilson was wrong. (Blackink)

11. Also, Politifact rates the progress of 502 of Obama’s campaign promises at the end of Year One. And last week, Pulitzer Prize-winning Politifact announced the launch of a similar project to fact-check the 2010 campaigns in Texas. (Blackink)

13. The Awl knows exactly what Dr. King would think if he were alive today. (Shani-o)

14. The trial on California’s ban of same-sex marriage is entering its second week, and Prop 8. Trial Tracker has been putting in work live-blogging the testimony. (Some of the stories, unsurprisingly, are heart-breaking.) (G.D.)

15. Harold Ford Jr. is not a serious person. “The interview – granted under the condition that the questions be limited to his rationale for running, and not issues – comes at the end of a rocky first week of buzz surrounding his potential candidacy.” (G.D.)

16. The Army is filing charges against the single mother of a year-old baby for refusing to deploy to Afghanistan. It’s all part of a broader initiative to get tough on moms, I’m sure. (Blackink)

17. Boing Boing points the way to a slideshow of where your meat comes from. (Shani-o)

20. Via Racialicious, a quiz on whether Star Trek is exposing your latent racial issues. Granted, it seems pretty much directed at white people, and I’d love to see one for black folks who have issues with interracial dating. (Shani-o)

21. The Financial Times delves into the history of Moscow’s stray dogs. (Blackink)

22. Tim Tebow, former Heisman Trophy winner, future NFL flop and “bigger lover of Jesus than anyone else ever,” is going to appear in an anti-choice ad with his mom during the Super Bowl. Because Sweet Baby Tebow knows what’s best for you, ladies. (Blackink)

23. Dave Zirin interviews former NBA veteran Olden Polynice, arguably the most visible Haitian professional athlete in the history of our country. An excerpt: “Pat Robertson can suck a big one–you can quote me on that.” (Blackink)

24. To sum it all up, as Jason Fagone reports in this engrossing yet flawed GQ piece , former NFL star Marvin Harrison’s “story makes no sense.” (Blackink)

25. Craig Calcaterra reminds us why Mark McGwire kept his lips sealed in the first place. (Blackink)

Enjoy the short week. And if you did something interesting over the weekend, please share with the class.