Brief Thoughts on the Ford Affair. 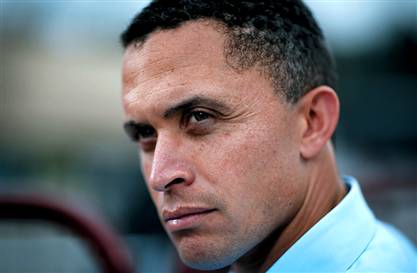 As far as I’m concerned, the problem with Harold Ford running for Senate in New York has almost nothing to do with Ford’s general sliminess and everything to do with the fact that it’s a waste of a seat.  In 2007, Chuck Schumer and then-senator Hillary Clinton were more liberal than 83 percent of their colleagues.  Kristin Gillebrand isn’t quite there yet, but it is clearly the case that she’s moving to the left, and as Nicholas Beaudrot recently pointed out, she is well on her way to becoming a standard liberal Democrat.

I don’t think you can say the same for Harold Ford.  Sure, he’s doing as much as he can to walk back from his previous, socially conservative views.  But judging from his willingness to shill for the worst kind of corporate interests, it’s incredibly likely that a Senator Harold Ford — in place of virtually any other New York Democrat — would be a net loss for the Democratic Party.  What’s more, with the White House and the Democratic Party at large throwing its support behind Gillebrand, the chances of Ford actually winning the seat are incredibly low. A move to the left renders Ford essentially useless for a second state-wide run in Tennessee, where his conservative credentials are paramount.  It’s a lose-lose situation for the party.