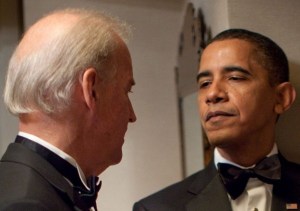 “No, I don’t think Obama’s facial expression is just a fluke of when the shutter went off. His eyes aren’t closed, as some with poor displays seem to think.”

Can someone translate, please?

Also, one of Glenn Reynolds’ readers has a daddy who kinda sorta probably thinks Barack is being uppity or something: “If I really wanted to set my dad off, all I’d have to do is send him this photo.”

His father is Lynn Westmoreland?

Enough of that. Here’s some randomness from the weekend:

1. What a surprise: Dick Cheney is telling lies about President Obama and terrorism. Rinse and repeat. (Blackink)

2. Why terrorists have succeeded in doing just what they had hoped. (Blackink)

3. Leigh Graham thinks the Obama administration program meant to stop the flood of home foreclosures (which some economists say will hit the 2.4 million mark this year) is weak sauce.  “I’d hate to have the job of breaking the news to households that they have to give up on their homes, but it’s a reality that we could soften substantially by facilitating the least costly and smoothest transition possible to more affordable properties. And we don’t need to give up on forcing the banks towards thousands more permanent write-downs either. Taken together, these two tough love measures towards homeowners and banks would go a lot further to resolving the foreclosure crisis.” (G.D.)

4. Also, among the fine work our homie Leigh is doing over at Poverty in America, her excellent anti-poverty blog over at Change.org: supplanting the vile Heritage Foundation from the top Google slot for “poverty in America.” (G.D.)

5. So, what should we call the previous 10 years? Michael Kruse proposes “the Search Decade.” (Blackink)

6. A surprise to no one who earned a paycheck – or stopped receiving one – in the past 10 years, the Aughts were “a lost decade for American workers.” (Blackink)

7. “If you are an 18 to 28-year-old Muslim man then you should be strip searched.” Question for retired Lt. General Tom McInerney: how are we going to pick out the Muslims? I bet he’s got a few suggestions. (Blackink)

9. With city and state governments still poised to hit the financial bottom in coming years, the national economic recovery could take even longer than expected. (Blackink)

10. And as Ezra Klein reminds us, California is ahead (or is it behind?) of the curve in its complete and total descent into fiscal crisis. But the protracted struggles of the Golden State “will look sadly familiar to close watchers of the national checkbook.” (Blackink)

11. The so-called Safety Net: With welfare laws making it harder for poor people to receive cash aid, about one in 50 Americans live in a household with a reported income that consists of nothing but a food-stamp card. Of course, kind souls like Rep. John Linder (R-Ga.) attributes this to the cultivation of couch potatoes. (Blackink)

12. Welcome to Cape Coral, Fla., “a reluctant symbol for the excesses of the great American real estate bubble: foreclosed homes served up as tourist attraction.” (Blackink)

13. Then vs. Now, a chart which proves that Nike basketball shoes were overpriced in 1999 and steadfastly remained that way through the decade. (Blackink)

14. Pastor Rick Warren of Saddleback Church in California asked for $900,000, and received $2.4 million.  He credits radical generosity” for the outpouring of support. Matthew 7:7 indeed. (Blackink)

15. Next on our travel itinerary: California City, which is as close to a ghost town as you’re ever going to see. (Blackink)

16. David Carr on why Twitter will endure: “If you think e-mail and surfing can make time disappear, wait until you get ahold of Twitter, or more likely, it gets ahold of you. There is always something more interesting on Twitter than whatever you happen to be working on.” (Blackink)

18. Warren Beatty < Wilt Chamberlain. But it’s closer than you would think, give or take a few thousand ladies. (Blackink)

19. Even self-acknowledged conspiracy theorist Chauncey DeVega dismisses talk of Illuminati imagery in Jay-Z‘s new video, “On to the Next One.” Myself, I’m surprised that there’s talk about this at all. (Blackink)

20. Hip-hop producer Shawty Redd, who worked with Snoop on “Sexual Seduction,” turned himself in to Atlanta police this weekend after allegedly shooting and killing a man in his home. (Blackink)

21. If Brit Hume thinks Tiger Woods should ditch Buddhism for the redemptive magic of Christianity, where should noted Bible-thumpers like John Ensign and Mark Sanford turn next? Islam? (Blackink)

22. Also, Tiger seems to have taken some pictures that are generating some chatter today. More on this later. (Blackink)

23. Gilbert Arenas may think this is all a big joke, but the NBA seems to be very serious about getting to the bottom of allegations that he and another Wizards teammate pulled guns on each other during a dispute over an unpaid gambling debt. (Blackink)

24. Baylor hoops star Brittney Griner became only the second woman to dunk twice in a single game to lead the Bears to a — no lie — 99-18 win over Texas State on Saturday. Even the Washington Generals were embarrassed. (Blackink)

25. Retired NFL star Charles Haley, who was immortalized in Jeff Pearlman‘s riveting book about the Dallas Cowboys’ glory years in the 1990s, is going public about his battle with bipolar disorder. (Blackink)

Let’s be honest. This is a very thin roundup, given all that’s going on around the globe, down the corner, up the street and on the Internets today. So if you come across an  interesting link or two, don’t hesitate to drop it in the comments section.

Until then, Happy Monday.