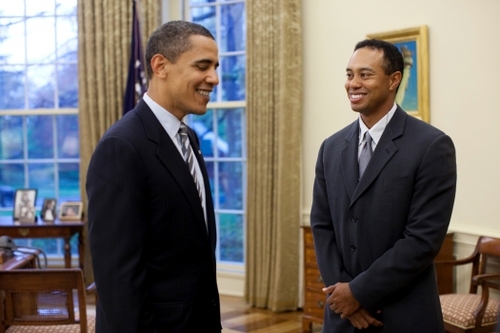 But what was not stupid about Riley’s piece was that it attracted a lot of attention. It was perfectly executed BlogBait. Here’s how it works: take two disparate things that have nothing to do with each other (it helps if one of these things is controversial and political), find essentially irrelevant similarities between them, make a bold, provocative assertion about those two things, stretch out this flimsy premise over several supporting paragraphs, sprinkle on a little cynicism from a website looking for pageviews who then publishes it as if it’s an original, intellectually serious idea, and — voila!—  you’ve got yourself some prime BlogBait! Just sit back smugly and watch as your half-baked column gets shared on Facebook and retweeted hundreds of times. And if at all possible, you should double down on this idea when you get called out and  ostentatiously continue to miss the point.

Here’s a sterling example from today, courtesy of Lisa Solod Warren at HuffPo.

In the past few weeks, the two most famous and arguably most successful black men in America have taken a huge fall. It has become clear that both pro golfer Tiger Woods, just named Athlete of the Year by the Associated Press, and the American president, Barack Obama, the first black person to lead the country, suffer from a surfeit of hubris which has finally caught up with them. If both men somehow thought they were untouchable, they have been put to right. Both have crashed to earth and it may well be true that they can never recover their earlier status again. …

It is tragic when an icon falls. When a black icon stumbles the tragedy seems doubly problematic. Mike Tyson, Magic Johnson, and Michael Jackson were all at the tops of their fields before revelations that made them less palatable as heroes and less of a role model for young black men. They have all been partially rehabilitated but not without a huge cost. …

Both men are of mixed race. Yet the majority of the country, including black Americans, sees them as black. That’s not a bad thing. Except when such men of intelligence and talent, men who have such influence and power, can’t help but succumb to the age old twins of greed and power. Although each has risen from ordinary beginnings to be at the top of their field but now things don’t look so good for either of them. Woods income is as tied to endorsements as it is to his talent. And Obama is so caught up in party donations and the power that those who donate have, he can’t allow himself or his party to do anything to thwart those donations. If Woods had been smart he would have kept his head down, played golf and taken care of his beautiful family instead of publicly destroying them. If Obama had enacted campaign reform as the first order of business real change could well have happened. But money and fame go to the head and any other result seems to be a fairy tale, a dream, an impossibility. Somehow money corrupts the moral compass, whether for one’s self or one’s party.

Now, before you scoff, consider the merits of her argument. Tiger Woods and Obama: both mixed-raceblack. Tiger Woods’s infidelity has potentially destroyed his status as a role model to young black males — the very demographic whose ardent worship has fueled his rise in his clubby sport with prohibitive costs to entry! And also, consider Obama’s insufficient alacrity in stumping/arm-twisting for the inclusion of a Medicare buy-in or some sort of modified public option! How will all those young black men be able to look up to the first black president as a role model now that they know that he isn’t the doctrinaire liberal theytheir parents voted for?

Point is: she won the Internet for the day.  (Bonus: she doubled down and missed the point, too.) This, my friends, is how you BlogBait.