Home » Browse PostBourgie » They Don’t Even Understand the Language of People With Short Money.

They Don’t Even Understand the Language of People With Short Money. 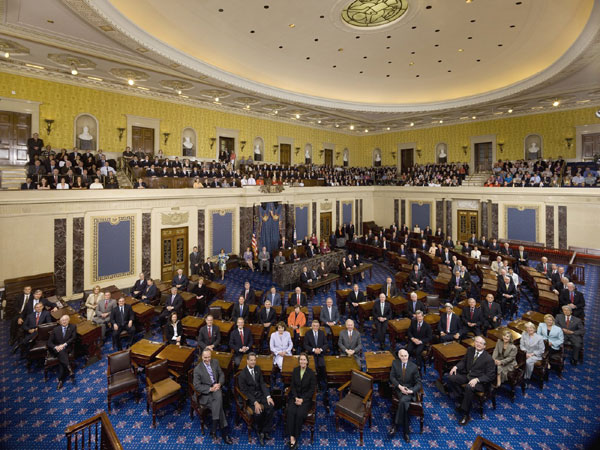 Just because an individual is rich does not preclude them from pursuing pro-poor or equitable policies, nor does it suggest that they cannot relate to poverty or economic inequality. But when the group norm is staggering wealth compared to the typical American, including in countless districts these officials represent, then it is understandably difficult to consider or develop policies that truly address economic hardship. Add to this wealth disparity the reality that 9 in 10 House incumbents and 8 in 10 Senate incumbents are re-elected each election year, and my despair over Congressional legislation benefiting the average American certainly deepens.

She’s not trafficking in easy populism here. Like she said, members of Congress live in a world with relatively high job stability. They pull in $170, 000/yr and make use of an extremely generous healthcare plan in which the government pays up to 75 percent of the premium.  The major legislative players in health care reform have never worried about their employers switching to an inferior plan with a higher contribution or dropping their insurance outright. Their plans have no lifetime caps, they face no rescissions or any of the constellation of obstacles that are par for the course for their fellow insured Americans (to say nothing of the folks with no coverage at all).  And then there are folks like John McCain, who despite his considerable wealth would have a hard time getting covered on the individual market thanks to his history of cancer,  and has been insulated from from that reality by receiving government-funded care as a member of the Armed Forces, a veteran, and a U.S. Senator. Or Dick Armey, the former House majority leader-turned-professional-healthcare-reform-obstructionist,  who received public health care as a young professor at a state university in Texas before spending the next several decades in Congress.

If the impression you’ve gotten from the way our lawmakers have handled the health care debate is that this whole thing is a big abstraction to them, that’s because it probably is.