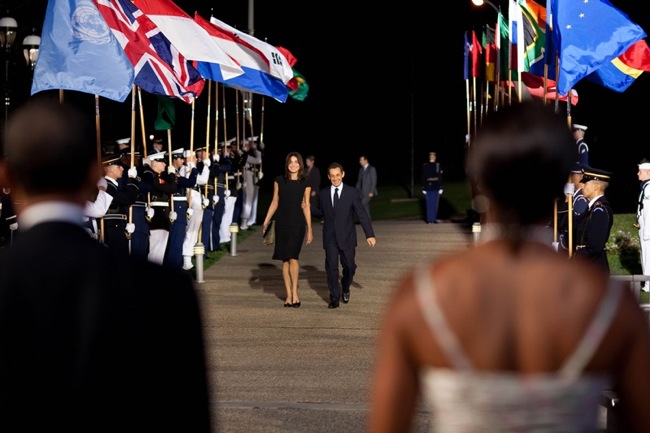 The New York Times magazine (quadmoniker, avert your eyes) has a whale of a story this week about the relationship between Barack and Michelle Obama. It focuses more on Michelle than Barack, which makes sense because she’s been quite frank about their marriage since the campaign. There’s plenty of meat in the story, but one kind of surprising tidbit is that the Obamas haven’t shared a full-time home since 1996.

Of course, that makes sense considering that Barack moved to Springfield as a state senator. Michelle was all but a single parent for several years, and when Barack ran for national office against Bobby Rush for national office, the strain on Michelle and their marriage increased.

One afternoon in July, sitting in Jarrett’s airy West Wing office, I asked her how the young politician responded to his wife’s assertions that he was leaving her to raise their children alone. Jarrett, whose own marriage ended in part because of career-related conflict, not only recalled Barack’s replies but she also started reciting them. “ ‘I’ll make it work,’ ” said Jarrett, speaking in his voice. “ ‘We can make it work. I’ll do more.’ ” It sounded as if she could have been describing the Barack Obama of today, certain of his ability to juggle an intimidating number of priorities.

Two months later in the Oval Office, I asked the Obamas just how severe their strains had been. “This was sort of the eye-opener to me, that marriage is hard,” the first lady said with a little laugh. “But going into it, no one ever tells you that. They just tell you, ‘Do you love him?’ ‘What’s the dress look like?’ ” 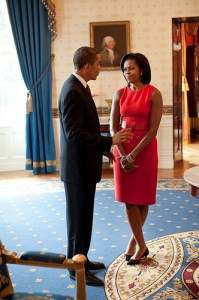 I asked more directly about whether their union almost came to an end.

“That’s overreading it,” the president said. “But I wouldn’t gloss over the fact that that was a tough time for us.”

Did you ever seek counseling? I asked.

The first lady looked solemnly at the president. He said: “You know, I mean, I think that it was important for us to work this through. . . . There was no point where I was fearful for our marriage. There were points in time where I was fearful that Michelle just really didn’t — that she would be unhappy.”

Several years later, he devoted several pages of “The Audacity of Hope” to the conflict. (Judging from interviews, more than a few Chicagoans knew that Michelle once openly resented what her husband’s political career had cost her, so he may have been wise to raise the issue before anyone else.) In the end, what seems more unusual than the Obamas’ who-does-what battles — most working parents have one version or another — is the way they turned them into a teachable moment, converting lived experience into both a political message and what sounds like the opposite of standard political shtick.

“If my ups and downs, our ups and downs in our marriage can help young couples sort of realize that good marriages take work. . . .” Michelle Obama said a few minutes later in the interview. The image of a flawless relationship is “the last thing that we want to project,” she said. “It’s unfair to the institution of marriage, and it’s unfair for young people who are trying to build something, to project this perfection that doesn’t exist.” 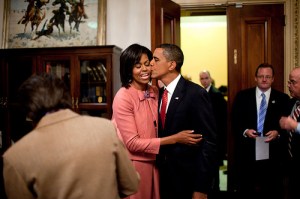 This last bit is important. The Obamas are held up as a paradigm of Black Love™, but I think their decision to be candid about the struggles they’ve faced deserves more attention. So many men and women wonder when they’ll find their very “own” Barack or Michelle, without remembering that the real Barack and Michelle are imperfect people who have stayed together against some considerable odds. Barack appears to have stepped up when confronted, but most of their success seems due to Michelle learning to give him up, a little at a time. That’s something people in relationships often do, but the difference is that this couple ended up in the White House, which has given them a chance to reconnect in a way few people can.