Home » Browse PostBourgie » Uh, It Didn't Exist Because it's a Stereotype.

Uh, It Didn't Exist Because it's a Stereotype. 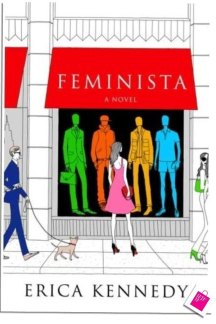 Over at The Root, Rebecca Walker interviews Erica Kennedy, the author of the new book Feminista. Walker asks Kennedy to explain what a “feminista” is, to which Kennedy responds:

I never felt comfortable calling myself a feminist because that word has so many negative connotations. The stereotype of the hairy, man-hating woman is just that—a stereotype, a caricature that no longer exists. And there’s a reason that woman no longer exists. Because we’ve proven ourselves. We know we can play with the big boys. We don’t need to beat the drum anymore.

A “caricature that no longer exists”?  Caricatures by definition do not exist, but are exaggerations of things that perhaps do. The myth of the man-hating feminist was (and is) such a widely held belief due to the deliberate distortions of opponents of the movement (example: bra-burning, that universal shorthand for those supposedly rabid, misandrist female hordes in the 1960’s, never actually happened) in their attempts to marginalize it, essentially Jesse Jacksoning feminism and placing its baseline somewhere in the ideological vicinity of Andrea Dworkin. They were apparently very successful, as seemingly every conversation about feminism in the mainstream media involves someone distancing themselves from those crazy, hirsute radicals.

Maybe she’d be more inclined to embrace “feminism” if she wasn’t  further encumbering it with all those “negative connotations” in the first place.