Arguing by Way of Assertion. 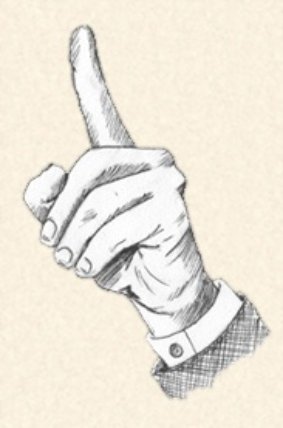 A few months ago, I was taken aback by a wildly problematic post that was part of Danielle Belton’s “Unconventional Wisdom” series on her popular blog, the Black Snob. The problems in that entry, on integration’s destruction of “black community” and HBCUs in particular,  were glaring and easy to knock down. It augured very poorly for what was to come later in the series.

“Unconventional Wisdom” is supposed to take a closer look at some notions that are commonly held by and about black people. In reality, the posts end up mostly being full of lazy generalizations that support pretty orthodox (and occasionally damaging) ideas; when you make statements like “ghetto names are stupid and embarrassing” or “liking school and being ‘successful’ will get your black pass revoked,” it’s pretty safe to say you’re not upending any popular notions about dysfunction and black life.

Belton’s latest entry,  “There’s No Sexual Revolution In Black America Just Sex,” is a great example of the tone and shortcomings of Belton’s approach to this series. She begins with an anecdote about her upbringing that serves no real purpose (unless “I was raised better than y’all” counts), links to some grim stats and then starts wildly extrapolating from there. It’s all topline punditry, with no attempts to dig deeper at all.

She even phones in the topline stuff.

Black children start sexual activity on average earlier than other children. In a study of inner city teens it was found that black girls average age of first sexual intercourse is around 13. The national average is 17. Black girls also have a higher rate of STDs than their counterparts. A recent study found that half of black teens between the ages of 14 to 19 were infected with some form of STD. For white teenagers it’s 20 percent.

What that first study she links to actually says: “the average age for first sexual intercourse among adolescents is 16“; “the mean age for sexual debut among inner-city youths is 13“; and  “African American adolescent girls tend to initiate sex earlier than Caucasian or Latina teens, and they are more likely to initiate sexual activity prior to age 13 than Caucasian teens.” Those numbers are unsettling. But they’re also pretty straightforward, and Belton still misquotes and misreads them.

The second study she links to is a little tougher to grapple with, but because of its alarming conclusions, it requires some real grappling and a closer look. The Times story Belton links to unhelpfully omits a link to the study itself, so it’s hard to get a handle on its methodology. What the story does do is make race the central lens through which the study’s findings: “these are especially big problems for for black women.” But my lingering suspicion is that there is a huge class element to the study’s findings, and that there’s a higher incidence of the STDs in populations with less access to health resources — you know, poorer people. Black women are also  more likely to be obese, more likely to die from cancer, and infant mortality rates are higher among black children — all things that correlate with poverty and, necessarily, with access to health care.

There’s no sexual revolution in black America, just sex. Confused, fun, dangerous, illicit, guilt-filled sex. Very few people are acting from a place of maturity and confidence, not in themselves or their sexuality. We’re living in a place where it’s become acceptable to have a kid or several out of wedlock and act like it’s impossible to make it to 30 without this happening. We’re silent about the AIDS epidemic disproportionately ravaging black women. No one wants to talk about sex, but everyone seems to want to do it, desperately, without protection and in seductive ignorance of the cruel realties of their undertakings.

That’s a maddeningly simplistic and condescending statement — a parade of disparate, unrelated facts haphazardly strung together that she wraps up with some cutesy turns of phrase. She acknowledges that America has a “love-hate relationship with sex” and says that black people in particular harbor the worst elements of that sexual schizophrenia. Why is that true? Because she says it is. She notes that we’re silent about the AIDS epidemic ravaging black women while omitting the fact that it’s poorer black women without regular care who are much more likely to contract the virus. It’s not a small omission. Focusing on race allows Belton to play the solidarity angle for some well-intentioned chastising and lamentation, because the narrower, more useful construction — the one that also considers class — doesn’t allow the same kind of easy “I’m-speaking-as-an-insider” moralizing.