Your Monday Random-Ass Roundup: Reign of the Lake Show.

How does it feel to live in Kobe’s world?

And without any further delay, your reading material from the weekend: 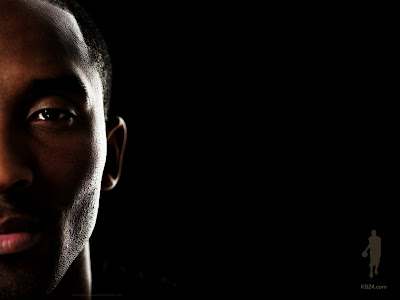 1. William G. Bowen, who served as the president of Princeton from 1972 (Sonia Sotomayor’s freshman year) to 1988, is also one of the most outspoken supporters of affirmative action policies in higher education. “One lesson that I have derived from participating in this debate, for heaven knows how many years, is the simple-minded assumption that you either deserve to be there or you don’t. There isn’t just one index of merit, and the point of admissions is not to bestow gold stars on people who’ve done well before, to predict the future. It’s to choose students to invest in who are going to make the university better and are going to make society better. Those are bets on the future.”

2. Deepak Bhargava, who runs the Center for Community Change, said the Obama administration has undertaken a “stealthy” fight against poverty.

3. Barbara Ehrenreich on how the poor have been left out of media coverage of the current downturn: “The already poor…the undocumented immigrants, the sweatshop workers, the janitors, maids and security guards…had all but “disappeared” from both the news media and public policy discussions. …Disappearing with them is what may be the most distinctive and compelling story of this recession. When I got back home, I started calling up experts, like Sharon Parrott, a policy analyst at the Center on Budget and Policy Priorities, who told me, “There’s rising unemployment among all demographic groups, but vastly more among the so-called unskilled.”

6. Leigh at Poverty in America says the analog-to-digital TV switch is going to hit the poor and elderly the hardest.

7. According to U.S. News and World Report, Albuquerque, Boise, and Auburn, Alabama, are three of the 10 best places to live in the country. Really?

9. The 10 most absurd Time magazine covers of the past 40 years. I’m partial to “Dirty Words.”

10. In a fair and just world, there’s no way Krispy Kreme faces a grim future while places like McDonald’s and Olive Garden flourish.

11. With California in general and Los Angeles in particular suffering through a devastating economic crisis, how can the city justify spending $1 million for the Lakers’ championship celebration?

12. Speaking of the NBA champs, Bethlehem Shoals nicely sums up the arguments against The Black Mamba thusly: “… there’s no denying it: Kobe Bryant has proven himself, is beyond reproach, and no question is of the game’s all-time greats. I’m sorry, but from now on, you just might have to keep calling Kobe names, or saying you don’t think he’s a very nice person. All valid basketball arguments have left the station.”

13. More sports, with a dash of politics: Is Rush Limbaugh really interested in buying the St. Louis Rams?