Home » Browse PostBourgie » Weekend Endorsements: The Rise of the Idiots, a Haven for Product Junkies, and Digital Dollhouses.

Weekend Endorsements: The Rise of the Idiots, a Haven for Product Junkies, and Digital Dollhouses. 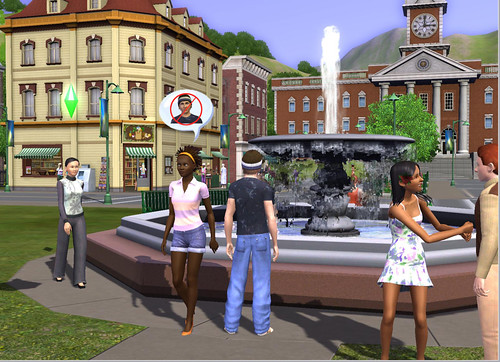 blankink: Dinosaurs on Noah’sArk ? The peculiar spectacle of Terry Schiavo? Book bans targeted at gay authors? Charles Pierce grew weary of this nonsense long ago, well before Sarah Palin was claiming foreign policy experience from Juneau and Glenn Beck descended into full-blown delirium. In his irreverent and smart essay for Esquire in October 2005, Pierce offered that“the rise of Idiot America today represents — for profit mainly, but also, and more cynically, for political advantage and in the pursuit of power — the breakdown of a consensus that the pursuit of knowledge is a good.” Obviously, not much has changed. If anything, the problem was exacerbated by the revival of the Democratic Party in 2006. So Pierce has expounded on his theory in his new book Idiot America: How Stupidity Became a Virtue in the Land of the Free. If you like the essay, the book should definitely hold some appeal. Then follow it up with a viewing of the cult classic, Idiocracy. Because there was a time when reading wasn’t just for fags. (Before you get offended, watch the movie.)

shanio: Last weekend, I spent a lovely Saturday in Brooklyn, wandering around Ft. Greene and Clinton Hill with my sorority sister.  We stopped at Brooklyn Flea, Habana Outpost (frozen mojitos FTW), and of course, Karen’s Body Beautiful.  I’ve been a fan of Karen’s since discovering it last fall, and wanted to stock a few bottles of my favorite leave-in conditioner, the hair milk. I’ve shopped online and I’ve been in the store several times…in fact, one of the staff members recognized me.  But this was the first time Karen, the proprietor, was there.  As I’m always bugging her with questions on Twitter, I introduced myself, and she said she was happy to meet me and gave me a warm hug. She was incredibly sweet, and really, all of the staff is.  They manage to serve customers and offer recommendations even as they’re continuously making natural products on the stove right behind the cash register. You can always shop KBB online — I do when I’m lazy — but why not stop in the store and meet the ladies (and test all of the amazing scents) in person?

quadmoniker: I’m going to tentatively endorse The Sims 3, the latest iteration in the franchise that’s been the best-selling computer game in history. While I’d like to reserve some of my thoughts for a deeper, longer post I’ll still recommend it as part of taking the first step: My name’s Quadmoniker and I have a problem. I don’t want to admit yet how many hours I’ve spent on this crack in DVD form.