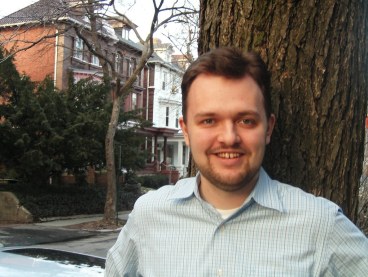 I try to avoid wasting space on this blog,  but it’s definitely worth wasting space to comment on this utterly nonsensical and characteristically disingenuous Ross Douthat column, where he basically argues that restricting second trimester abortion is a necessary precondition to having more sensible abortion laws:

Indeed, the argument that some abortions take place in particularly awful, particularly understandable circumstances is not a case against regulating abortion. It’s the beginning of precisely the kind of reasonable distinction-making that would produce a saner, stricter legal regime.

If anything, by enshrining a near-absolute right to abortion in the Constitution, the pro-choice side has ensured that the hard cases are more controversial than they otherwise would be. One reason there’s so much fierce argument about the latest of late-term abortions — Should there be a health exemption? A fetal deformity exemption? How broad should those exemptions be? — is that Americans aren’t permitted to debate anything else. Under current law, if you want to restrict abortion, post-viability procedures are the only kind you’re allowed to even regulate.

If abortion were returned to the democratic process, this landscape would change dramatically. Arguments about whether and how to restrict abortions in the second trimester — as many advanced democracies already do – would replace protests over the scope of third-trimester medical exemptions.

There are two big things that bother me about this column, and the first is common to almost every discussion of abortion on the nation’s op-ed pages – the presumption that there is something “controversial” about first or second trimester abortion.  The fact is that American public opinion on abortion has been pretty stable for almost thirty years.  According to Gallup, this is how it breaks down: roughly a quarter of Americans believe abortion should be legal in every circumstance, roughly half of Americans believe abortion should be legal in some circumstances, and roughly a quarter of Americans believe abortion should never be legal.  What’s more, I’m sure that Americans would be fully in favor of the Roe v. Wade/Casey v. Planned Parenthood status quo if it were described to them free of propaganda.  That is, a status quo where first trimester abortion is virtually unregulated, second trimester abortion is subject to restrictions of varying degree, determined by each state, and third trimester abortion is illegal except in extreme circumstances.

This actually gets to the other thing I don’t like about this column – Ross Douthat thinks we’re stupid.  No, he doesn’t outright say it, but his argument only works if his readers are complete and total idiots.  Under current law, there already is substantive debate over second and third trimester abortion.  States already can regulate and restrict abortion in both periods, and in many states, there already is a “saner, stricter legal regime.”  Douthat’s dream is already a reality in much of the country, the fact of which provides a nice insight into Douthat’s actual agenda.  Underneath the smothering layers of faux-sensibility is someone who lies far outside the mainstream when it comes to abortion rights.  Douthat doesn’t want a debate over second trimester abortion, he wants it – and third trimester abortion – outlawed.  Arguments over the scope of second trimester abortion would be critical in Douthat’s world because it would be effectively criminalized, and women in need of said of reproductive services would be shit out of luck, as the saying goes.