Home » Browse PostBourgie » Notes from the Harbor: The Glossary.

Notes from the Harbor: The Glossary. 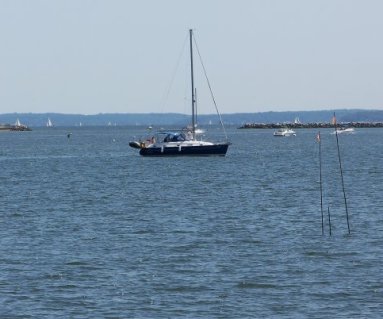 Your reading companion to Colson Whitehead’s Sag Harbor May’s book pick which we will be discussing on June 15th:

“What are the origins of the strange compulsion that forces them to reach out to smooth, squeeze, pet, pat, bounce their fingers in the soft, resilient exuberance of an Afro, a natural, a just doin’ -its-own-thing jumble of black hair? It’s only hair–but try telling that to that specimen eyeing a seductive bonbon of black locks…I cannot touch it, but I must. A black-hair fondler…”

“The first generation came from Harlem, Brownstone Brooklyn, inland Jersey islands of the black community. They were doctors, lawyers, city workers, teachers by the dozen. Undertakers. Respectable professions of need, after Jim Crow’s logic white people won’t lay a hand on us, we have to heal ourselves…Fill a need well, and you prospered.”

“According to the world, we were the definition of paradox: black boys with beach houses.”

“The Street in my father’s mind was a vast, abstract plane of black pathology. He’d grown up poor…, and any hint that he hadn’t escaped, that all his suffering had been for naught, kindled his temper and his deep fear that aspiration was an illusion and the Street a labyrinth without exit, a mess of connecting alleys and avenues always leading back into itself.”

“the Man Aisle, full of accoutrements and props, gas tanks, barbecue paraphernalia of obscure purpose, chrome shapes worked over in the coarse lathe of male id, heavy and gleaming on hooks. And BB guns. That day we passed the toy section without thought, en route to out new toy aisle.”