Are Black People Really That Obsessed With Gay Marriage? 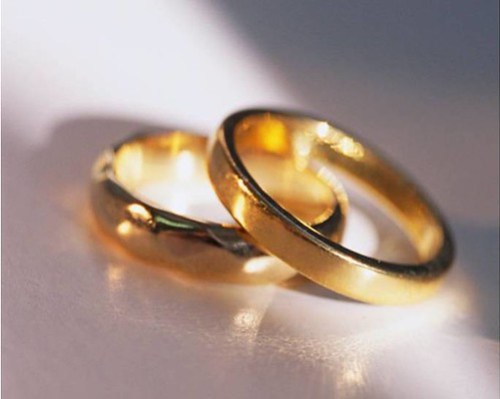 Here it is in her own words:

If the black illegitimacy rate were not nearly three times the rate of whites’, I would have few qualms about gay marriage. Or if someone can guarantee that widespread gay marriage would not further erode the expectation among blacks that marriage is the proper context for raising children, I would also not worry. But no one can make that guarantee.

Why might it further depress the black marriage rate? There is a logical reason and a visceral reason. First, it sends the signal that marriage is simply about numbers: it is an institution that binds two (for the moment) people who are in love. It erases completely the significance that marriage is THE context in which the children of biological parents should be raised. And there are undoubtedly many other subtle meanings and effects of gay marriage that we cannot even imagine at the moment—which institutional shift is something that conservatives should be most attuned to.

As for the visceral reason: It is no secret that resistance to homosexuality is highest among the black population (though probably other ethnic minorities are close contenders). I fear that it will be harder than usual to persuade black men of the obligation to marry the mother of their children if the inevitable media saturation coverage associates marriage with homosexuals. Is the availability of homosexual marriage a valid reason to shun the institution? No, but that doesn’t make the reaction any less likely.

What are the chances that gay marriage would further doom marriage among blacks? I don’t know. Again, if someone can persuade me that the chances are zero, then I would be much more sanguine. But anything more than zero, I am reluctant to risk.

Mac Donald’s picture of how African-Americans would react to same-sex marriage is curiously lacking in humanity; she seems to think that black people are intensely preoccupied with gay people to the point where it would have a hugely disruptive effect on their personal lives.  But that doesn’t make any sense!  Even the most dedicated white homophobe has things to worry about besides what gay people are doing in their free time – he’s worrying about losing his job, paying his mortgage, and making sure that he can afford to send his kids to a decent college.  The same is exactly the case for most – if not all – African-Americans.  Even if your average black person despises gays, she has a hell of a lot more to worry about than whether or not they’re getting married, and this is even more true when you consider that a good chunk of black people (but not, and this important, a majority) live in hyper-segregated areas of hyper-poverty where fresh vegetables are either unavailable or too expensive, and the police hardly deign to protect you.  In a situation like that…gay people getting married is the least of your worries, and will probably have zero impact on your daily life or – more pertinently – your decision to get married.

Which is a nice segue into my second point, which is this: MacDonald’s reading of what is responsible for “the crime and academic achievement gap between blacks and whites” relies on a narrative which conveniently ignores the dramatic social, economic and cultural legacies of slavery, Jim Crow, and other systematic, state-sanctioned attempts to marginalize African-Americans.  It’s actually very strange; Mac Donald reverses the causality of events, so that a poor urban economy is the result – and not the cause – of black criminality:

Black males commit homicide at ten times the rate of white males; in New York City, a representative locality, any violent crime is 13 times more likely to be committed by a black perp than by a white one. This crime gap results in depressed urban economies, huge incarceration costs, and the unjust demonization of the police as racist for merely going after criminals and of inner-city employers who worry about black thieves coming into their stores.

Alternatively, economic oppression, white flight, ghettoization and the long-term effects of various drug “epidemics” could be responsible for depressed economic conditions in inner-city and predominantly black areas!  What’s more, those same conditions might have more to do with the “gangsta” persona (and the implicit, desperate desire for status) than low marriage rates.  Now, I do think marriage is a good thing; as a social institution, it’s an impressive generator of wealth, security and stability.  But where I differ from Mac Donald (and conservatives more generally) is in thinking that marriage can do any of those things in isolation.  The simple fact is that African-Americans have had the deck stacked against them for a very long time.  And while we have made impressive gains, it’s still the case that there is a large percentage of black people laboring under conditions which were specifically designed to limit socio-economic movement, and in turn, breed behaviors and habits of mind which aren’t conducive to socio-economic advancement.  For those communities, marriage may provide some stability and some security, but it won’t solve the problem, and pretending otherwise is only counterproductive.