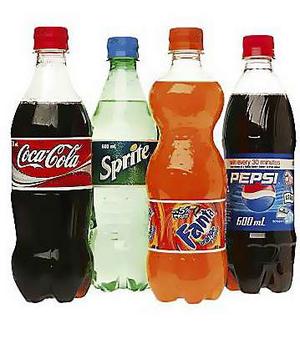 As someone who is pretty much in the tank for various forms of health-related government intervention, I’m not terribly bothered by the idea of a tax on soda and other forms of junk food.  Over the long-term, health-care costs will continue to stay relatively high unless there is a significant shift in the American diet away from high-fat, high-carbohydrate and high-sugar “foods” and towards less processed, nutrient-dense foods.  As the commenters at Feministe note however, any such tax on junk foods is likely to fall hardest on poor Americans, whose diet disproportionately consists of cheap nutritionally-deficient, high-calorie foods.  That said, I think this is one of those cases where a regressive tax is perfectly fine provided the revenue is redistributed via progressive policies.  I would be okay with a food tax which disproportionately affected lower income Americans if (and only if) those revenues were then used to subsidize produce for said Americans; it’s easy to imagine a program where taxpayers under a certain income receive a card from the government which provides an immediate thirty percent discount on the price of any produce.  It’s not perfect, but I think it could serve as a pretty good way to incentivize healthier eating.

On the whole though, the best solution would be to radically reorganize federal agricultural subsidies.  Oreos are cheap (and come in so many damn varieties) because the federal government subsidizes corn to an absurd degree.  Better would be to redirect subsidies towards vegetables and healthier forms of produce, while continuing to tax junk food and using the revenues to further subsidize the purchase of said produce for poor and working-class Americans.  Of course, I’m sure I’m missing something here, so I’d be curious to hear your thoughts on the whole shabangabang.  Is a junk food tax fair?