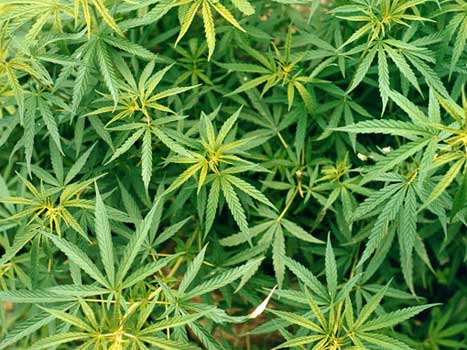 Mr. Miloscia’s proposal died at the committee level, but he is far from the only legislator floating unorthodox ideas as more than two-thirds of the states face budget shortfalls.

“The most common phrase you hear from the states is, ‘Everything is on the table,’ ” said Arturo Perez, a fiscal analyst with National Conference of State Legislatures, who predicted the worst financial year for states since the end of World War II.

Nowhere is that more true than California, where Assemblyman Tom Ammiano, a freshman from San Francisco, made a proposal intended to increase revenue, and, no doubt, appetite: legalizing and taxing marijuana, a major — if technically illegal — crop in the state. “We’re all jonesing now for money,” Mr. Ammiano said. “And there’s this enormous industry out there.”

Would legalizing weed work? And if so, how? Mark Kleiman presents an attractive idea:

I’m not a big fan of legalization on the alcohol model; a legal pot industry, like the legal booze and gambling industries, would depend for the bulk of its sales on excessive use, which would provide a strong incentive for the marketing effort to aim at creating and maintaining addiction…So I continue to favor a “grow your own” policy, under which it would be legal to grow, possess, and use cannabis and to give it away, but illegal to sell it. Of course there would be sales, and law enforcement agencies would properly mostly ignore those sales. But there wouldn’t be billboards.