Morris Brown Nears the End of the Line. 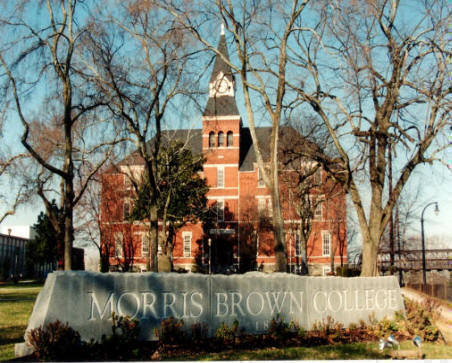 The school faces a deadline of today to pay $214,000 in previous bills or lose its water service. Interim Morris Brown President Stanley Pritchett said late Monday that the college had about $60,000 toward the debt.

Pritchett said he hopes donors will come forward before 5 p.m. today to cover the full amount or, if that fails, that city officials will accept a partial payment.

Atlanta water officials said over the weekend they will not grant Morris Brown an extension.

“There’s got to be some way for us to get this worked out,” said City Councilman C.T. Martin, who represents portions of southwest Atlanta.

Fewer than 200 students are registered for the spring semester.

“We’re asking that we keep these students here,” said Vivian. “These kids would have to go home. They would have lost a year of their lives.”

The college lost its accreditation from the Southern Association of Colleges and Schools in 2002, largely because of its financial state. The school closed temporarily in December because officials had shut down the water. Service was restored after officials made a $100,000 payment. Some students expressed optimism that Morris Brown will survive.

“It’s just stressful, but I think they’ll get it together,” said Jordan Tobler, a business management major from Atlanta.

Given the school’s recent financial track record, Jordan’s faith seems mostly unfounded. I feel sorry for the students, and I wonder what factored in their decision to stick it out at Morris Brown, especially given the questionable legitimacy of their degrees.

UPDATE: Looks like MoBo got a reprieve, and will be allowed to stay open for now. The question, of course, is whether it should. (Thanks for the tip, Angela.)