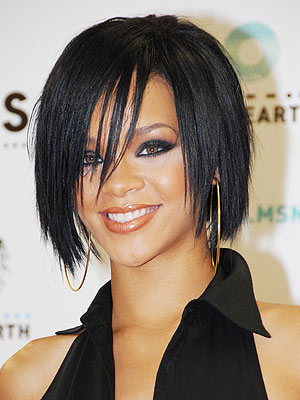 Samhita at Feministing takes issue with the LA Times‘ decision to run Rihanna’s name after she pressed charges against Chris Brown:

Is it OK that they ran her name? Celebrity culture currently thrives on depicting the stories of women’s demise. We have seen this with Amy Winehouse, Britney Spears, among others. There is an obsession with making spectacle of women. So, all the more reason to keep her name out of the initial press materials.

On the other hand, Rihanna is really famous and one would hope that she has the resources and support to deal with a situation of domestic violence. She is a model to young women and they are affected by how she responds to this problem. This is a tremendous amount of pressure for anyone, let alone a young woman who is a victim of domestic violence. So it is the double edged sword of fame. She has the power and influence to make a statement, get the help she needs and take whatever legal means she needs to. But what if she doesn’t want to?

Most newspapers do not print the accusers name in sexual and domestic assault cases without the victim’s permission, though it’s Slate media guru Jack Shafer‘s anecdotal sense that the press tide has been turning on the naming of accusers in recent years. In the American Journalism Review, Geneva Overholser, Missouri School of Journalism professor and the Pulitzer prize winner for a series on rape, argues that “In the long run, we’ll never get rid of the stigma if we don’t treat these like regular crimes…It’s just not ethical to make a choice about guilt or innocence, which is effectively what we do. It makes us look like we are assuming innocence on one part, guilt on another.. We should not be determining who deserves our protection.”

But more practically, Rihanna is globally known as Chris Brown’s girlfriend. The second Brown’s arrest for domestic violence was publicized, the world would know that Rihanna was the accuser. To gingerly dance around her name would be ignoring the 800-pound gorilla in the room to a nearly absurd degree.