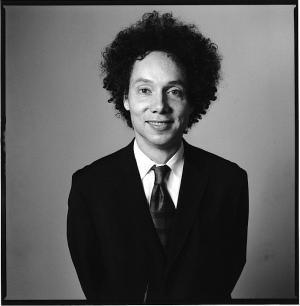 Yglesias defends Malcolm Gladwell, who has been getting dumped on a lot lately with the release of Outliers.

Nothing he writes is up to the standard of a peer reviewed scientific journal, and everything he writes is about a million times more readable than anything you’d find in a journal. Yes, some of the stuff in Outliers (in particular, the bit about airplane crashes) doesn’t really seem relevant to the main point, but that’s true of The Tipping Point and Blink as well and folks didn’t seem to mind too much. Nor should they mind too much — the bit about plane crashes is fascinating.

At the end of the day, it’s hard for me not to reach the conclusion that the backlash is, not coincidentally, coming just as Gladwell’s hit upon a politically charged topic and reached conclusions that are discomfiting to the very successful. I’ve seen a few people express the notion that Gladwell’s conclusion — that success is determined largely by luck rather than one’s powers of awesomeness — is somehow too banal to waste one’s time with. I think those people need to open their eyes and pay a bit more attention to the society we’re living in. It’s a society that not only seems to believe that the successful are entitled to unlimited monetary rewards for their trouble, but massive and wide-ranging deference.

Beyond that, it’s a society in which the old-fashioned concept of noblesse oblige has largely gone out the window. The elite feel not only a sense of entitlement, but also a unique sense of arrogance that only an elite that firmly believes itself to be a meritocracy can muster. Gladwell not only shows that this is wrong, but he does an excellent job of showing why it feels right. He explains that success does, in fact, require hard work — lots of it — and that people who think they got where they are through effort rather than good fortune are at least half right. The issue is that in some ways the best luck of all is the luck to be in a position to do hard work at a time when it pays off. Bill Gates, Gladwell explains, put in vast hours programming computers at a very young age at a time when almost nobody in the United States even had the opportunity to put in that kind of time in front of a computer screen.

It’s a discomfiting thought. And an important one.

This hits upon a conversation  I was having with quadmoniker a few weeks ago (which itself was sparked by a conversation about Gladwell’s book on Slate) about the relative merits of Malcolm Gladwell. Besides being a damn good writer, I think that Gladwell’s work (particularly for the New Yorker) is smarter amd more politically charged than people give him credit for being. He seems to be arguing, over and over, for a reexamination of how we allocate resources, or at least throwing stones at the pervasive myth of American meritocracy. I haven’t read Outliers yet, but David Leonhardt calls it a “manifesto,” which doesn’t sound too surprising.