Home » Browse PostBourgie » And this is another episode of "Willfully ignorant old guys rail against cultural phenemona they don't understand."

And this is another episode of "Willfully ignorant old guys rail against cultural phenemona they don't understand." 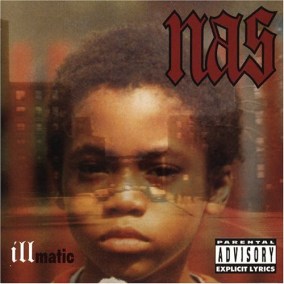 Jazz critic Stanley Crouch pens another curmudgeonly missive against hip-hop, this time making the breathtakingly idiotic argument that Barack Obama’s election will somehow “greatly diminish the national appetite for and the defense of those who proudly commit intellectual suicide by submitting to anti-intellectual stances and the surface styles that repel across all ethnic lines.”

Although I don’t deny that hip-hop (and Crouch is focusing exclusively on the dominant forms of commerical hip-hop) – like any genre of music –  can have an impact on the behavior and choices of its listeners , I nonetheless think Crouch’s argument is ridiculous for the simple reason that there are clearly other factors which account for the “violence, misogyny, clownish behavior and crude materialism” supposedly encouraged by hip-hop. Indeed, a good deal of this behavior is simply the product of the social and psychological dynamics of economically disadvantaged, isolated communities.  Violence, misogyny, clownish behavior and crude materialism aren’t in any way limited to poor young black males- you’re just as likely to find it among poor young white males in similarly disadvantaged rural community.

What’s more, even if hip-hop were responsible for most of the social ills afflicting the African-American community, does Crouch honestly believe that the presence of Barack and Michelle Obama on the national stage will have any impact on the listening habits of young black men?  Does he think that black guys will see Obama and repudiate the music they’ve (probably) been listening to for most of their lives?  “I used to love Method Man, but now that Obama is president, I’ve burned all of my Wu-Albums and now listen solely to the smooth stylings of Kenny G.”   The reality is that guys “in the hood” bumped “A Milli” while rocking their Obama t-shirts and “Yes We Can” buttons.

The best part about Crouch’s column though, is when he tries to prove his thesis by relating a story about a friend’s grandson:

A friend of mine who lives in California remarked to his grandson that he did not like the way rappers dressed or carried themselves. His grandson told him that he needs to stop living in the past and catch up before the plane leaves.

My friend noticed, as usual, that his grandson did not dress or carry himself in the style or manner he was defending. So he decided to ask him some questions. Shoot, said the young man, ready to straighten out his grandfather.

If you were on a plane waiting to take off, my friend asked him, and the pilot and the co-pilot came on with their pants sagging to the ground, covered with tattoos, mouths full of gold teeth and wearing braids, what would you do? His grandson told him he would get off the plane as fast as he could. No doubt.

My friend then asked if his grandson’s baby daughter had been hurt and she was taken to the emergency room, how would he feel if the doctors on duty looked like the men about to fly the plane. “I would,” said the younger man, “get her the hell out of there.”

At that point, my friend wondered what would happen to young black men who showed up looking for work but seemed more ready for a hip-hop performance than for a job?

The answer: They probably would not get hired. Case closed.

This isn’t evidence of some growing cultural trend against hip-hop, it is f*cking common sense. Correct me if I’m wrong, but I’m sure that even the most “hood” guys could tell you that if someone dressed like they did on a regular basis, they probably wouldn’t be hired at most places.  Moreover, this anecdote basically contradicts Crouch’s contention.  My hunch is that the young man in question grew up in a middle-class environment, and has middle-class attitudes towards most things.  If Crouch is correct, then this young man would likely be more inclined towards “thuggery” and “clownish behavior” because that is the picture presented in a good deal of commercial hip-hop.  As Crouch tells us however, he doesn’t. Why is that?  Because his upbringing and socio-economic status have a far greater impacton his behavior than the kind of music he listens to.

I don’t really care if Stanley Crouch holds a grudge against hip-hop, as far as I’m concerned, he’s missing out.  But if he could refrain from polluting the dialogue with silly columns like this one, that would be great.

As an aside, it is probably worth noting that I came to Crouch’s column via this Rod Dreher post, where he offers his characteristically condemnatory and willfully ignorant thoughts on hip-hop:

The frustrating thing about this (besides the fact that he is basically impugning the character of millions of decent people, myself included), is that he’s completely blind to the fact that the “get money, spend money, dolla dolla bill y’all” style which dominates commercial hip-hop is one style among many.  Hip-hop, after all, is close to thirty years old and includes anastounding variety of different styles.  And you don’t even have to go “underground” to find them.  For every Lil Jon, you have a Q-Tip, and one of the most acclaimed albums in hip-hop – Nas’ Illmatic – is not only mainstream but is rightly considered a piece of literature, and an excellent one at that (go read some lyrics for yourself).

Of course, a simple Google search is probably too difficult for Dreher, especially when he’s less concerned with furthering a conversation, and more interested in getting on his “moral” high horse (which isn’t terribly too surprising).

cross-posted from my blog