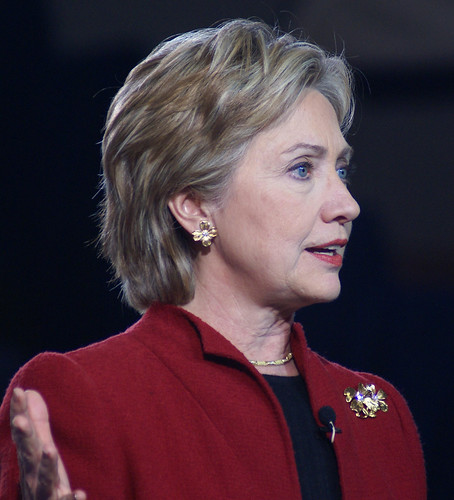 Obama to Name Cabinet Nominees. Obama is finna formally announce HRC’s nomination to Secretary of State in the next hour, meaning Kevin Drum has to eat his hat.  (The vaguely-superhuman Samantha Power , the Pulitzer-winning foreign policy wonk and close Obama friend who was jettisoned from the Obama campaign for calling HRC a “monster,” is  also back, and  working on the transition for the State department. Awkward.) He will also officially announce Gov. Janet Napolitano of Arizona for Homeland Security, Eric Holder at Justice, and Susan Rice, my new crush, as U.N. ambassador. (Look at that list again. A black president is naming his national security team, which will be headed by a bunch of minorities. These are wondrous times.)
Franken’s Chances Narrow. The odds for the former SNL player/scribe’s bid to unseat Norm Coleman in the Senate grow ever longer. “The two sides have disputed thousands of the other’s votes, but many of those challenges are regarded by experts as frivolous. To win his case before the state Canvassing Board, Franken must prevail on more than 6 percent of his challenges of Coleman votes even if Coleman fails to succeed on any of his challenges…If the outcome of past election disputes provides a clue, Franken will have a hard time reversing enough votes to win, said one veteran elections official who has been involved in the Senate recount.”
Wal-Mart Worker Trampled to Death on Black Friday. All those Romero zombie movies were really critiques of American consumerism, making literal the idea that people are inhuman hordes being narcotized with shiny things. We bring that up because Christmas time is here, and like clockwork, minimum-wage laborers are already being trampled to death by flatscreen-hungry mobs. Damn.
It’s You and Your Rand Tonight. Don’t date Objectivists. There are lots of reasons, really, but mainly because they say stuff like this in complete seriousness. “I Iove intelligent, sassy girls, particularly those working in consulting or investment banking (but other fields are great too). Really, nothing is hotter than an accomplished girl in a suit, as long as she is willing to settle down and have my children. I want a girl who will support my ambitions against the naysayers in society.”

Blinded by the Right, Fear of Dying Edition. Our homie Black Scientist poses an intriguing question: “There was an experiment… in which some subjects were primed with images evoking death (such as a hearse, the grim reaper, etc) vs. subjects who were primed with images evoking pain. The participants were then asked about their support for conservative causes, such as tighter immigration restrictions, tax breaks for corporations, legalization of same-sex marriages, etc. Relative to the control group, individuals primed with images evoking death reported more conservative positions across a wide range of issues. That is, our awareness of our own mortality makes us all more likely to shift towards politically conservative beliefs. ..According to psychologist John Jost, thinking about dying awakens in us a desire to see the world as just and fair, and provokes us to accept the social order rather than challenge it. So is fear a conservative tactic, or simply a political one?”

Maybe They Should Publish More Sex Tips. Cosmopolitan is no longer the most popular magazine among college students; it’s been replaced by Time. Why? Obama, of course.

Charlie Brown and Social Change. SEK looks at the understated politics, racial and otherwise, in the Peanuts strip.
Get In My Belly. Not that any of us need an excuse to eat more after the holiday weekend, but if you’re a foodie, you should really be reading Darius T. Williams’s Everyday Cooking blog.
Shaq Twitters. No, really.