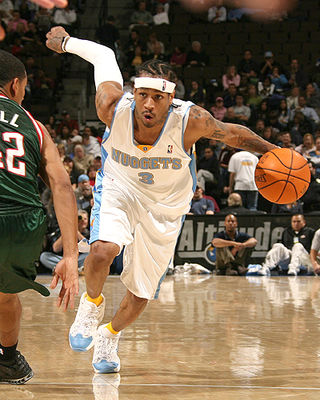 I think Spottie is basically right: the only way this makes sense is for financial reasons. My love for AI is well-documented, but I’m not sure he’s the right fit for the team. He’s not a good one-on-one defender, and his value on that end is mainly that he plays the passing lanes well (he’s always been a bit of a gambler, which is why he needs a shot-blocker like Mutombo or Camby behind him when he gets beat).  This more or less keeps the Pistons right where they are; they’re still behind the Celtics and about even with the Cavs. But it gives AI a better shot of getting a ring than he had with the Nugs. He’ll definitely have the kind of supporting cast around him that folks in Philly always said he’d been denied, so let’s see what he does with it.

Chauncey gets to go back to Colorado, where he grew up and where he played his college ball, but that team is gonna be one of those playoff regulars that never wins a championship. That’s not Chauncey’s fault; he’s still one of the top six or seven PGs in the league, I think, but as gifted as Melo is, he doesn’t bring much else to the table besides his (considerable) offensive arsenal, and the West is chock full of very good-if-not-great teams.