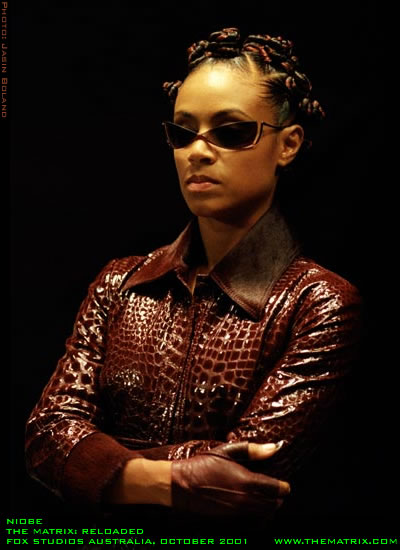 We’ve spoken anecdotally about the cinematographic shortcomings of Halle Berry and Jada Pinkett-Smith (see comments) but in light of slb’s review of “Lakeview Terrace”, G.D. and I move for the formal recognition of the Pinkett-Berry Effect.

This theory proposes that the presence of either actress in a motion picture is a reliable indicator of general suckitude. It should be understood that the presence of either Pinkett-Smith or Berry need not be the cause* of a movie’s suckage but may serve either as a correlational variable or a mediating factor amplifying other precursors for suckage, thus enhancing the general impression of overall suckitude. 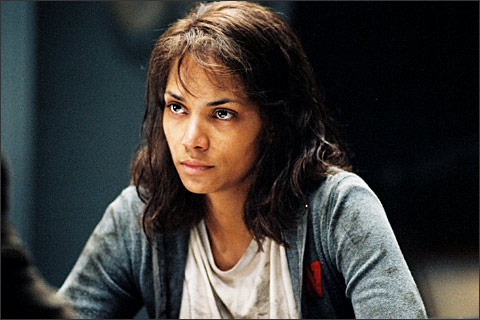 Exceptions to this rule primarily fall under the Halle Berry Paradox. These include films that have been tolerable despite Berry’s mediocre performances and those she was involved in as a producer (see “Introducing Dorothy Dandridge” and “Lackawanna Blues” ). Upcoming features in which Berry produces and also stars (“Tulia”, “Class Act” and “Frankie and Alice”) may provide needed insight on whether the Pinkett-Berry Effect is more powerful than the Halle Berry Paradox.

As noted by G.D. ,the Pinkett-Berry Effect is not limited to black actresses but is paralleled by the Kate Beckinsale Effect.

Overbrook Entertainment’s production of “Lakeview Terrace” may indicate that the Pinkett-Berry Effect extends to projects even tangentially related to Pinkett-Smith, but this hypothesis requires further evidence for support.

Other theories of interest include the Fox-Pinkett Dual Process wherein the suckage of Vivica A. Fox** and Jada Pinkett-Smith create a positive feedback loop which has the effect of exponentially increasing the suckitude of a given film (see “Kingdom Come” and “Set It Off”).

* Make no mistake though, there’s plenty of evidence for their presence causing a movie to suck – there’s  no way you can explain away ridiculous efforts like “Catwoman” or “Woo”.

** I’ve never understood the inclusion of her middle initial. Is there another C-List actress named Vivica Fox that we’re unaware of?