Home » Browse PostBourgie » Something Nice Back on the Island. (And 'Lost' Still Hates Black People.)

Something Nice Back on the Island. (And 'Lost' Still Hates Black People.) 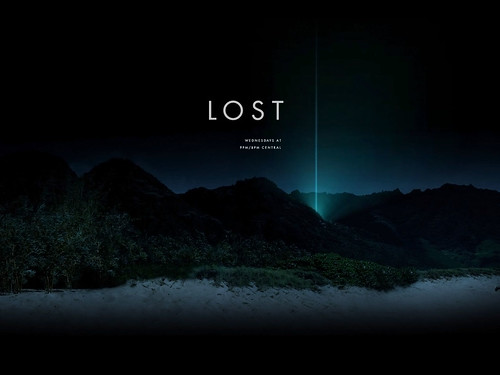 Oh, Lost. The surprises. The frustrations. The scenes where Jack cries. I don’t have a TV, so I had to wait a full day to watch the season 4 finale online, interrupting bites from my dinner to dash at the “Click to Continue” link every time ABC forced me to watch a commercial for Dancing with the Stars or Jimmy Kimmel Live. As always, the finale disappointed and did not disappoint, all at once.

Slate thinks this season Lost was finally as good as its reputation, and I see their point. But I still think the first four episodes or so were the best, when we were inserted into the drama almost as if we had crashed ourselves. The scariest episodes were the ones where the danger was unseen, before we knew the monster was a not-so-creepy computer generated cloud of black smoke and when the Others were still just whisperers surrounding Sayid in the jungle in the middle of the night. This season has done a good job of bringing the unknown back, as Juliet Lapidos argued. The flash-forwards also saved us from the flashbacks, which had fulfilled their function of giving us necessary background info and had resorted to solving such puzzling mysteries as the origin of Jack’s tattoos.

They closed that loop with the finale though. Past and future met again, which forces us to ask the question, what now? Are they really going to spend the next two years trying to get back on the island? We know it won’t be easy, but it doesn’t seem like it will be very exciting.

The definite end-date has made the pacing and the story-telling better, which is good because I don’t think I could have taken another season like the third. The theories and the philosophies don’t seem to be spinning without a definite narrative anymore, but that doesn’t make them any less annoying.

That annoyance ticked up a notch when we found out who the guy in the casket was who was driving Jack (no less a cry-baby off the island) so crazy in last year’s finale. I always thought it was Locke who had died, but then some, um, enterprising fan took the time to pause the scene with the newspaper clip on high-def and put it on the web and everyone figured out the name ended in “am.” Now, for no good reason, the Oceanic 6 are referring to Locke as Jeremy Bentham. Kate almost said it with a straight face, as if they hadn’t known him as Locke their whole time on the island. And really, another social theorist? As if it wasn’t enough to have people named Locke and Rousseau running around asking “Where are we? What does this mean? What are we supposed to do?” It’s really all a bit too much. It always has been. I don’t think any network drama could handle that heft, and I don’t really think many should try.*

And, truthfully, I’ve never wanted much to do with the shows sophomoric philosophies in part for that reason; they’re a little too overt, but mostly I actually think they had it great on the island. Sure, their families thought they were dead, and that must have made them pretty sad. It might get boring without a good beach book. But the weather’s really nice, they seem to have found sunscreen and tweezers, they stay away from the smoke monster in the cave and on the beach, and after they opened the hatch they found out food was dropped at regular intervals from the sky. They don’t have to work, they kind of have a built-in diet plan, and it doesn’t matter that some of them are criminals in the real world.

I started watching the show when I downloaded the pilot, for free, on iTunes the week after I’d finished grad school. I was still working at an easy, low-level job mostly at night, and had decided not to be ambitious and try to find a new one right away. It was nearly summer, toward the end of the second season, and with the big hole that no classes or thesis writing left in my life I had hours to watch episodes back-to-back during the day, while everyone else was at work and my building was blissfully quiet. I was hooked, partly because the show fulfilled my fantasies of doing nothing but nothing on days where the sun actually reached my first-floor apartment.

Notice that all the characters are a little screwed up now that their back in the “real world,” even though they’re all apparently wildly rich. I bet catching rainwater in tarps and subsisting on mangoes and papayas doesn’t seem so bad now. Jack seems willing to drag Locke’s dead body back to the place where he just had the minor annoyance of keeping people alive on the antibiotics he found in the airplane. All they worried about was whether they were going to eat fish or wild boar and whether a group of barefoot people were going to steal them away quietly in the night. I mean, really, what else matters? What else is worth our day-to-day worry? What else are we supposed to do?

Also, Stacia called it, Michael was not long for this world. And with the freighter explosion, they killed two people of color at once. During that scene, I was bawling like a baby.

*(“Walkabout” was actually the episode that got me hooked. I was never really a Locke fan, he annoys me, but in the beginning I thought he was the most complicated character, easily irked by Jack, manipulated by Ben and visibly troubled. Since he blew the hatch up, I haven’t wanted too much to do with him. I mean, come on. They were deserted on an island and they’d actually found a place to do laundry, and he goes and blows it up?)