Home » Browse PostBourgie » Halle Berry: Swimming Beyond Her Depth Since 1993*.

Halle Berry: Swimming Beyond Her Depth Since 1993*. 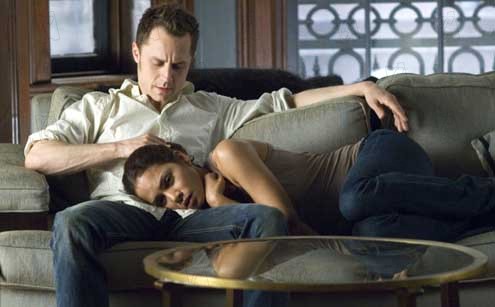 Have you looked at Halle Berry’s filmography lately? Yeah, neither had we. But we decided to check it out in light of today’s Variety announcement that Berry has signed to star in Frankie and Alice, which they describe as a “psychological drama” about a woman with multiple personality disorder—and one of those personalities just happens to be a racist White woman.

Yeah. Because Halle is sooooo great at psychological dramas. Have you seen Gothika? No? How about Perfect Stranger? Things We Lost in the Fire**?

We’re gonna go with the rule of threes on this one. She’s made a trio of bad psychological dramas—the two former are absolutely horrid—so we just can’t see how this Frankie and Alice thing could possibly turn out well. Whoever’s responsible for making Halle Berry pretend that her alter-ego is a racist White woman should be courtmartialed for crimes against filmgoers everywhere. 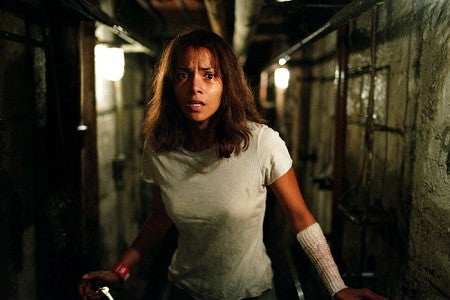 But then, do we ever look forward to films that Halle Berry’s in anymore? The trailers alone tend to warn us away; it’s as if her performances are buzzing neon lights reading, “Watch at Your Risk.”

She’s pretty and well-lit, even when she’s supposed to look haggard and grief-stricken, and she’s no stranger to onscreen breast-baring and parlaying it into pre-release hype (see: Swordfish). These are her chief assets as an actress—and her ability to play really convincing criers and crackheads (see: Losing Isaiah, Jungle Fever).

But more often than not, she’s cast in roles much better black actresses would’ve prostrated themselves at the feet of directors for (see: Janie Starks in Their Eyes Were Watching God, Ororo Munroe/Storm in the X-Men trilogy, or any of the three biopics about groundbreaking Black women she’s scheduled to start shooting this year) and more often than not, she is wholly out of her depth when those cameras flicker on.

So we end up with a string of duds that far outweigh her shortlist of triumphs (Introducing Dorothy Dandridge, arguably Monster’s Ball, and maaaybe Queen, in addition to the aforementioned crier/crackhead flicks)… and we get decision-makers who offer her split personality films where she’s normal and nervous and Black on the one hand and a White supremacist on the other.

This is not a good trend. And it’s been going on for far too long. It’s time someone did something about it. We were hoping it might be Berry herself. In our minds, we envisioned her becoming so enrapt with motherhood and so satisfied with her “illustrious” career so far, that she’d retire “on top,” before the crow’s feet and the post-pregnancy breast-sagging diminished directors interest in objectifying her.

We really wanted her to quit her day job and stick to producing. She’s actually really good at that. With that Dandridge piece and Lackawanna Blues under her belt and Tulia and Class Act—two of the aforementioned biopics in which she’s starring–under her belt and that Oscar everyone gushes over, she’s paved her road toward a great new career behind the camera… if only she’d just stay back there and leave the split personalities to chicks who can actually pull them off (see: Taraji P. Henson in Common’s “Testify” video. We’re just sayin’. It’d be nice to have more concrete evidence on Henson’s behalf, but she’s never had the opportunity to play a role that meaty in a feature—unless you count the requisite hooker-with-a-heart-of-gold in Hustle and Flow. Wonder why? Oh, wait! Halle’s hogging all the split personality and angry insomniac widow roles!)

* 1993 marked the Berry’s first out-of-her-element performance in Alex Haley’s Queen. She wasn’t awful, by any means. In fact, we’re willing to concede that, back when she was a hungry actress-about-town, trying to make it big, she turned in much, much better work than she does now. But then, what does that mean when Natalie in Strictly Business and Angela in Boomerang are all you’re working with?

**Things We Lost in the Fire is actually a decent film—but it’s decent in spite of Halle’s contribution, not because of it. If Benicio Del Toro and those cute li’l biracial child actors hadn’t been involved, that project would’ve tanked. Oh, but never mind. It tanked anyway….