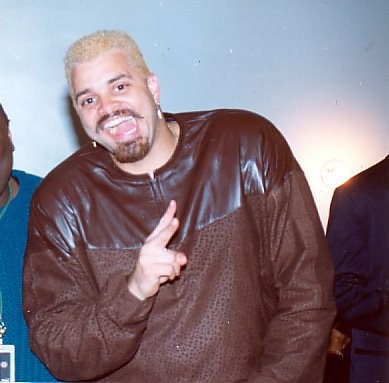 Oh, it’s about to get irreverent up in here.

Hillary Clinton, eager to boost her ‘red phone’ credentials, has been citing a 1996 trip to the Balkans as part of her foreign policy experience.

Also on that trip? Sheryl Crow and Walter Oakes Sinbad. Sinbad, a Barack Obama supporter, said to Mary Ann Akers of the Washington Post that Clinton’s recollection of the trip was more than a little embellished, and questioned how important her visit actually was.

Clinton, during a late December campaign appearance in Iowa, described a hair-raising corkscrew landing in war-torn Bosnia, a trip she took with her then-teenage daughter, Chelsea. “They said there might be sniper fire,” Clinton said.

Threat of bullets? Sinbad doesn’t remember that, either.

In her Iowa stump speech, Clinton also said, “We used to say in the White House that if a place is too dangerous, too small or too poor, send the First Lady.”

Say what? As Sinbad put it: “What kind of president would say, ‘Hey, man, I can’t go ’cause I might get shot so I’m going to send my wife…oh, and take a guitar player and a comedian with you.'”

As you may have guessed by now, Sinbad isn’t supporting Clinton for president. He’s an Obama guy. All because of Clinton.

“What got me about Hillary was her attitude of entitlement, like he messed up her plan, like he had no reason to be there,” Sinbad said. “I got angry. I actually got angry! I said, ‘I will be for Obama like never before.'”

But the Clinton campaign shot back.

Defending Clinton’s characterization of her Bosnia mission, campaign spokesman Phil Singer kindly provided experts from news stories written about the trip at the time, including a Washington Post story from May 26, 1996, that said, “This trip to Bosnia marks the first time since Roosevelt that a first lady has voyaged to a potential combat zone.”

Singer also cited a Kansas City Star article from September 2000 that quoted Sinbad as describing the situation in Bosnia as “so tense. It was Crips and Bloods.” (And that’s how Sinbad continued to characterize the situation in our interview Monday. He said, “At the time, we didn’t realize how crazy it was between the Bosnians and the Serbs. I didn’t realize how much hate was going on.”)

Still, defending Clinton against Sinbad the refuter, Singer said, “The sad reality of what was going on in Bosnia at the time Senator Clinton traveled there as first lady has been well documented. It appears that Sinbad’s experience in Bosnia goes back further than Senator Obama’s does. In fact, has Senator Obama ever been to Bosnia?”

Wow. A serious contender for president is beefing with Sinbad. Just swish that around in your mouth for a minute. Let it sink in.