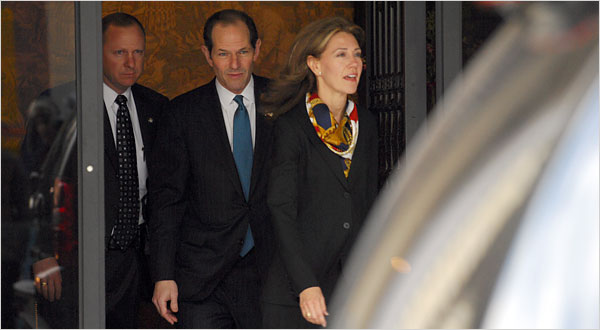 Oy. Eliot Spitzer, the crusading governor of New York, is stepping down following his ensnarement in the investigation of a high-profile prostitution ring. His lieutenant governor, David A. Paterson, is set to take over the helm in Albany — which would make Paterson just the third elected black governor since Reconstruction.*

We wonder: what are the options for political spouses in cases like this? Carlita Kilpatrick and Hillary Clinton decided to stick it out (though Clinton’s decision is obviously much more complicated).

* The others were Douglas Wilder of Virginia and Deval Patrick of Massachussetts. P.B.S. Pinchback of Louisiana was not elected.