Home » Browse PostBourgie » Matt Santos: Change We Can Believe In.

Matt Santos: Change We Can Believe In. 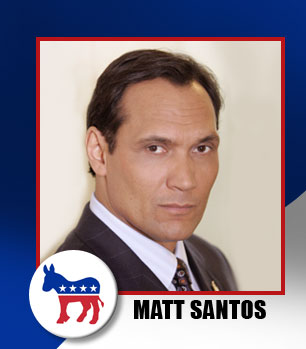 I used to be a pretty big fan of The West Wing, hokey as it could be. And ever since Barack Obama announced his run, I kept thinking of how similar he seemed to Matt Santos, the fictional Democratic congressman played by Jimmy Smits who was running for president.

At the Democratic National Convention in the final season, he asks the delegates in attendance in a rousing, lofty speech to forego petty partisanship in favor of national unity .

Turns out those similarities were very much on purpose, because the West Wing’s creators had based Santos on Obama.