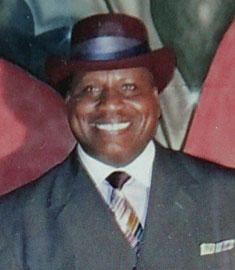 A shooting at a city council meeting in Kirkwood, Missouri made national headlines this week. The story, as published in major outlets, goes like this: on Thursday evening, Charles “Cookie” Thornton walked into the just-convened meeting with a gun in each hand and opened fire. Within minutes, he’d killed five people and shot the mayor in the face, and Kirkwood police, responding to a distress call from a policeman that had been shot outside the meeting, had killed him.

The newspaper articles allude to the “repeated disagreements” Thornton had had with the City of Kirkwood, a struggle stretching back for years. We are left to assume that what happened was the result of the frustrations of one man.

I was born and raised in Kirkwood. Here’s what they’re not saying.

Kirkwood is a largely white, largely middle to upper-middle class suburb of St. Louis. Its residents eat international cuisine, adopt children from Asia and South America, and probably have at least one non-white “friend”: Kirkwood, like much of white liberal America, has solved the problem of racism, and doesn’t understand why its neighbors in Meacham Park can’t just move on, too.

Meacham Park, affectionately referred to by its residents as Chocolate City, is an adjoining suburb that, as the nickname would suggest, is largely black. For the better part of a century it was its own entity. In the early 1991, it was annexed by Kirkwood. Within a couple of years, Kirkwood had plans in motion to build a huge shopping center, including Walmart, Target, and Lowe’s, among other smaller stores, on top of its new sister city. Kirkwood paid to relocate the residents whose houses it would be knocking down- relocating them, in many instances, to North St. Louis City and County, far away from both Kirkwood and Meacham Park. 55 acres were razed and the stores went up. “Kirkwood has gotten rich off the backs of the blacks in Meacham Park… Kirkwood adopted us, for only for the check,” said one Meacham Park resident this week.

Thornton, a friendly, well-known businessman who had once been a track and field star at Kirkwood High School, felt that he had been targeted for harassment by the predominately white Kirkwood police force, who had written him more than 100 citations for a total of over $20,000 in fines since 2000. In early 2007 he filed a federal lawsuit against the city of Kirkwood for violating his First Amendment rights after twice having been arrested for and convicted of disorderly conduct after refusing to leave or stop speaking in city council meetings. The suit, like a number of others Thornton had previously filed against the city, was dismissed late last month. This latest defeat seemed to have been the last straw, according to his brother.

In the days following the shootings, residents of Kirkwood and Meacham Park are split in their reactions. For Kirkwood’s white citizens, the shooting is seen as irrational and unprovoked, and blame falls squarely on the shoulders of Cookie Thornton. In Meacham Park, nobody is condoning the killings, but public opinion is clear on one thing: there’s more than enough blame to go around.