"Well, See…What Had Happened Was…" 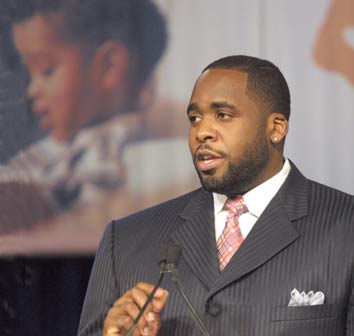 Kwame Kilpatrick, Detroit’s hulking, scandal-prone mayor, testified under oath in a police whistle-blower trial that he and his chief of staff, Christine Beatty, did not force out the city’s deputy police chief. The deputy police chief and another officer were suing because they allege they were fired for conducting an investigation of members of Kilpatrick’s police security detail, which they say could have exposed a romantic relationship between Kilpatrick and Beatty. For their part, Kilpatrick and Beatty denied ever having a romantic or sexual relationship. 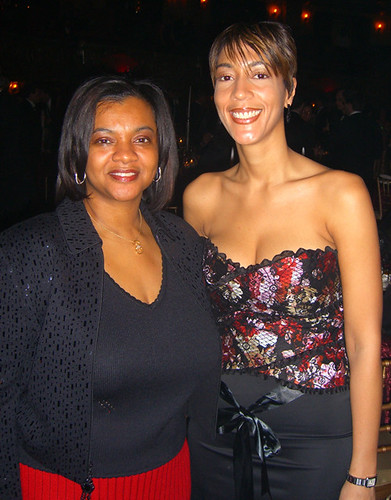 But then the Detroit Free Press was all like, ‘Nuh uh! Why is you lying?’ The paper obtained 14,000 of Beatty’s text messages, which directly reference Kilpatrick and Beatty’s deciding to get rid of the deputy police chief — but also includes the two of them setting up screw sessions and reminiscing about the great sex they were having. Whoops.

Both Kilpatrick and Beatty were married (Beatty has since divorced). They’re probably gonna face perjury charges, which could effectively end his career in Detroit. This trial has cost their very, very broke city $9 million.

Kilpatrick, once a rising political star, has methodicaly squandered the once-considerable goodwill Detroiters felt for him with silly, unprofessional drama. His wife was seen pushing a cherry red Navigator, which turned out to be leased with $25,000 of city money. He charged $210,000 for travel, meals, and expensive champagne onto his city issued credit card. That he would try to floss so brazenly in a city with a 15% unemployment rate and where nearly fifty percent of the population over the age of 16 is functionally illiterate speaks to a very special kind of obliviousness. People were pissed. He became Detroit’s first incumbent  mayor to not win his primary, though he bounced back to be re-elected.

And now this. (Warning: some of this is cringe-inducing in its corniness.)

Christine Beatty: Can I just come and lay down in your room until you get back?

KK: They were right outside the door. They [the mayor’s bodyguards] had to have heard everything…

CB: So we are officially busted! LOL

KK: LOL LOL! Damn that. Never busted. Busted is what you see! LOL. …

CB: LOL, LOL. Damn, so they have to walk in before you conceed busted! LOL.

KK: I’m fine. Need a break. I want to get out of town w/you. Check on resorts outside of Houston.

KK: I’ve been dreaming all day about having you all to myself for 3 days…relaxing, laughing, talking, sleeping and making love.

CB: You didn’t say whether or not we are trying for some time tonight.

KK: Definitely. I’m getting a room. Damn that!

(Kilpatrick later tells her to pick up room key at Marriott)

KK: I’m at Laker game. The security doesn’t believe I’m mayor. Mike is pulling out all kind of shirt to prove it.

CB: And, did you miss me, sexually?