Home » Browse PostBourgie » Was Genarlow Wilson Guilty After All?

Was Genarlow Wilson Guilty After All? 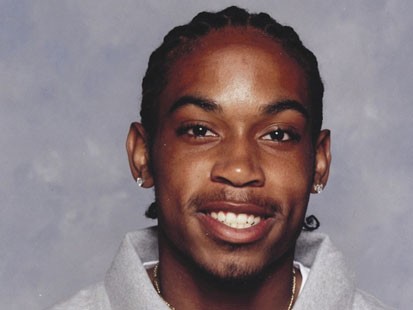 Genarlow Wilson’s story is pretty well-known by now: the popular 17-year-old honors student and football standout went to a New Year’s Eve party in a hotel, where he received oral sex from a 15-year-old schoolmate, a videotape surfaced, and Wilson was charged with aggravated child molestation, convicted, and sentenced to 10 years in prison.

Wilson became the poster boy for prosecutorial overreach. Georgia’s criminal justice system (and prosecutor David McDade) in particular was vilified. ESPN did a long write-up on his conviction, calling it a “crime.” Mark Cuban called it a gross injustice. After all the media attention and activists rallying on his behalf, Wilson’s conviction was overturned. Wilson was released from prison. Earlier this month he was awarded a full scholarship to Morehouse by Tom Joyner. Justice was served.

It’s not as if that part of the story went unreported, but with swell of indignation, it seemed not to matter. ABC’s Primetime, which acquired a copy of the videotape of that night, gave the alleged rape of the 17-year-old prominent play in its story. The 17-year-old, who was visibly drunk, was seen lying on the bathroom floor on the tape, before Wilson is shown having sex with her (the tape later shows her being pulled off the bed). It was her allegations of rape the next morning that prompted the police to case the hotel room the next day, where they found booze, condoms, and the camera with the footage.

The jury forewoman said in the ABC story that the jurors decided pretty quickly to acquit Wilson of the rape charge. “We immediately saw the tape for what it was. We went back and saw it again and saw what actually happened and everybody immediately said not guilty,” she said. (She doesn’t explain why they chose to disregard the 17-year-old’s lack of consent.) The aggravated molestation charge was another thing entirely.
To recap: Of the two girls in the room at the Days’ Inn, one wasn’t old enough to give consent, and the other was too intoxicated to do so.

Attorney William Atkins took issue with her being named 2007 Newsmaker of the Year by The Daily Report, a publication for lawyers, on the grounds that their award continued the trend of coverage of the case that sided to readily with the defense’s version of events.

The videotape, portions of which I have seen, was “Exhibit A” because it depicts a horrific crime: a gang rape of a semi-conscious, 17-year-old girl, followed by a bizarre display of sexual precociousness by a 15-year-old girl. That’s the truth recorded by Genarlow and his friends that fateful night. I suspect that is also why [Wilson’s defense attorney B.J. Bernstein] hated it whenever McDade used it to rebut her version of Genarlow’s crime.

Genarlow was not a young man who got caught having oral sex with his slightly younger girlfriend; Genarlow and his friends took advantage of two young women in an environment that reeked of male dominance and exploitation. The jury knew that, that is why it deadlocked for a day and half before reaching a verdict.

The 17-year-old’s charges didn’t rate — for reasons unexplained — and her story was obliterated because it was inconvenient to the popular narrative. Viewed through even through the least damning prism, Wilson is many things.

A hero isn’t one of them.

(Major, major hat-tip to What About Our Daughters?)