Home » Browse PostBourgie » A New York City With No Murders.

A New York City With No Murders. 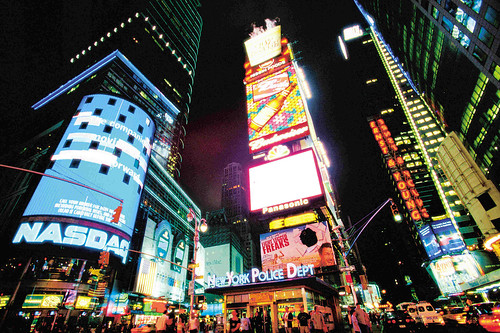 New York City’s record low murder rate in 2007 should help bolster its rep as the safest big city in the country — something that would have been imaginable in 1990, when the city caught over 2,200 (!) bodies. Chris Mitchell of New York magazine poses a provocative theoretical question: what would it take to eliminate murder in New York City completely? Some of their hypothetical solutions are kinda novel. Others are pretty damn scary. 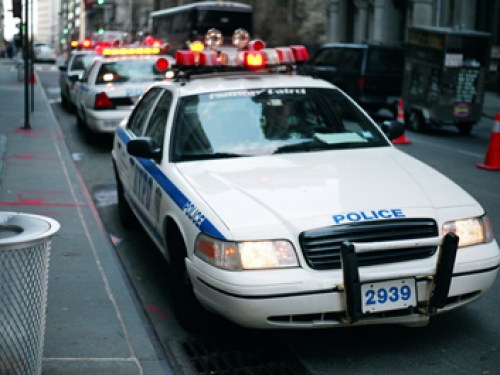 A lot of what NYC is doing already is working. NYC dispatches its new cadets in droves to high-crime areas. Ray Kelly thought a big part of the drop in the New York’s crime was the hiring of more cops, but Mitchell says it’s not so clear how much pure manpower played a role in the drops. Yeah, Kelly and his successors as commissioner had more troops, but they also fundamentally changed the way the city policed itself. Also, the crack epidemic was ebbing, and the economy was getting stronger.

How much credit can the police reasonably claim for the crime declines? Franklin Zimring, a law professor at the University of California, Berkeley, has constructed a strong argument that puts the number at 25 to 50 percent…

Looking back at the city’s early victories against homicides now, one could argue that members of [Bill] Bratton’s regime plucked the lowest-hanging fruit. They resolved to make carrying an illegal gun a serious arrest risk, and sure enough, arrest records indicate that New Yorkers began leaving their guns at home. Shootings declined dramatically, and so did shooting murders. What’s more, Bratton’s crew had first crack at the city’s busiest drug-world enforcers, its biggest illegal-gun dealers, and its most incompetent push-in robbers. By 1997, the annual murder count had fallen to 770. By the time Kelly reclaimed his old post in January 2002, following the reigns of Howard Safir and Bernie Kerik, national crime numbers were flattening out or rising. Yet Kelly became the first commissioner to break the 600 threshold. To Zimring, the more modest declines of the past seven years, unaided by national trends, might be entirely due to the NYPD’s efforts.

The gun patrol thing trucks nicely with what Penn criminologist Larry Sherman has been yelling to anyone who will listen: make carrying a heater so undesirable that folks leave them at home, and thus can’t use them in crimes or to resolve beefs. It’s not a plan without considerable drawbacks, the main one being the suspicion and ill will engendered in neighborhoods where the police pull routine stop-and-frisks.

Yeah, this old chestnut again. But as always, the arguments for legalization are pretty strong, as Steven Levitt and Stephen Dubner of Freakonomics fame argue.

“If drugs were legal, they wouldn’t be sold on street corners by gangs; they’d be grocery-store commodities,” they wrote in a recent e-mail. “Drug-related homicides—which is to say, the bulk of all homicides—would probably vanish.”

Levitt and Dubner may be overestimating how many murders the drug trade contributes to New York’s tally. The NYPD’s chief spokesman, Paul Browne, concedes that the drug trade may play a role in more than half of the city’s homicides, but only about a quarter are formally categorized that way. The rest likely have to come from murders that the police attribute to “disputes” (27 percent in 2006), “revenge” (10 percent), robbery/burglary (10 percent), and gangs (6 percent).

But Levitt and Dubner are undoubtedly right that the great majority of drug-related homicides are perpetrated by sellers and distributors, not by end-of-the-line customers. The violence associated with the trade arises, they say, because business disputes between sellers can never be settled through, say, an advertising war or a civil lawsuit.

Mitchell says that legalization comes with its own setbacks. Criminals will find different ways to make money if drugs are legalized, like knocking over bodegas or extortion, and the bodies would still pile up. (He forgets to mention the non-insignificant fact that, well, drug addiction sucks.)

“There are less theatrical ways to change the incentives equation, though, than legalizing narcotics,” he writes. “Every after-school chess club or career program has a chance to tip the balance for a handful of kids. When crime is in retreat, small-bore efforts become that much more pivotal.” 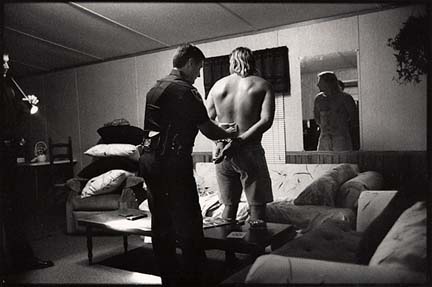 This one is such an obviously good idea it’s surprising it wasn’t considered before. Since so few murders in NYC are committed by strangers, Mitchell says police should focus on those who are intimately acquainted to squash violence before it escalates.

Deputy Chief Kathy Ryan, the commanding officer of the NYPD’s domestic-violence unit, had put three years of effort into reducing family-related homicides without seeing dramatic change in the numbers. But while domestic-violence murders hugged close to the 70 mark each year, she remained committed to increasing police visits to homes with histories of domestic violence. In 2001, trained officers made 33,400 such visits. Under Ryan, visits rose to more than 76,000 last year, and big results finally followed: Only 45 domestic-violence homicides were recorded in 2007.

Ryan says that the home visits accomplish many things. They give abusers a sense of being watched. They give the weaker party in a home a sense of having allies. They sometimes even catch an offender lording over a household that he’s barred from by a court order. Not surprisingly, the big decline in domestic-violence murders occurred in households that police already knew were problem homes.

“The hope is not to catch domestic abuse in action, but to preempt it,” Mitchell writes.

Number four: Get inside the would-be killer’s head.

Okay. Scary time! Let’s say neurologists could figure out which kids were more likely to grow up to be violent. Figuring it out can be done to some extent, as child psychologist Guido Frank discovered.

Frank has focused on five teenagers in whom the damage of life experiences has already been done, and the consistency of his findings has been startling. Three separate segments of the brain functioned abnormally when these participants were asked to perform particular tasks. When the teenagers were shown images of angry faces, the amygdala, which registers threats, became overactivated, while the ventral striatum, the brain’s reward center, lit up much as it would after sex or a bite of chocolate. “These kids may get some pleasure out of aggressive responses,” Frank says. In a separate test, the prefrontal cortex, the segment of the brain that moderates impulses, responded feebly to control emotional responses.

Even more than drug legalization, this one seems completely politically untenable. What do you do with the kids who are shown to have a greater capacity for violence? Throw them in jail pre-emptively? Isolate them from the larger society? Frank wants to consider counseling and medication. This will never, ever happen. And maybe it’s better that way. 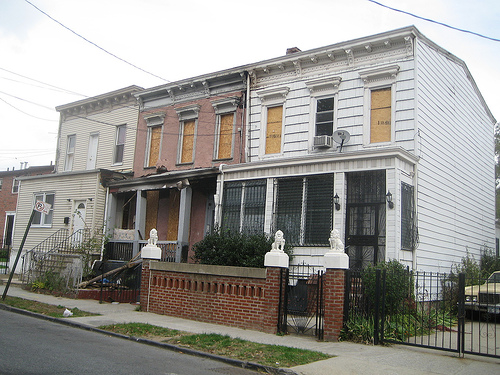 The idea is that home ownership will spawn greater involvement from residents in struggling neighborhoods like the pockets of Brooklyn where crime actually jumped last year.

[Glenn] Martin, a 37-year-old native of Grenada, served six years behind bars beginning in 1995 after a lucrative career in jewelry-store robberies was cut short. With the honest money he now brings in advocating for just-released prisoners at Manhattan’s Fortune Society, he’s already bought two apartments deeper into Brooklyn, hoping to catch the next wave of gentrification. Martin is a big believer in the crime-suppressing power of private investment. When you have lots of property owners living in a community, he says, residents are less likely to let a drug dealer set up shop on the corner. “People are then willing to stand up and say, ‘Not in my neighborhood.’ ”

The concern is that the city would just be relocating pockets of crime to small towns upstate, or to already beleaguered spots like East New York or in small towns upstate. The scale of a city sponsored mass home ownership program would be staggering from a pecuniary and bureaucratic standpoint. Even a city with cake like NYC would be hard-pressed to bankroll something like this. But maybe there could be some public/private grant set-up that would help thousands of working-class people in NYC— for whom home ownership is not a realistic option — down the path to apartment ownership. This idea could work with a preponderance of political will and manpower.