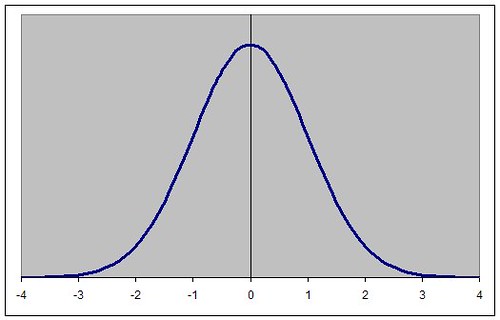 Michael Oher was born in the 1980s on the desperately poor, black side of Memphis. His father was murdered shortly after he was born. His mother was a crackhead. By the time he was an adolescent, he’d been in nearly a dozen different schools. One obese foster parent, who took him in for the money she would get from the state, would sit on him to punish him. A test put his I.Q. in the low 80s, which meant that the little boy was mentally retarded.

But in a strange, sitcom-ish confluence of events, Oher ended up on the other side of Memphis, the adoptive son of a wealthy, white Republican family, the Tuohys, with pull all over town. “Big Mike” —- he was six-foot-six and over 325 lbs. —– went from being undernourished and wearing the same clothes every day to flying around in his adoptive father’s private jet, attending private school, and getting a Mercedes as a birthday present. The Tuohys hired a left-leaning school teacher named Sue Mitchell (“We had a black son before we had a Democrat friend!” Mr. Tuohy said) to drill Mike and make up for the educational deficit he’d accrued during his sad childhood. When his I.Q. was measured again as he got closer to graduating high school, it was in the low 100s — which meant he possessed about average intelligence. (Oh, yeah. Here’s the even more unlikely happy ending: Big Mike is an athletic freak of nature and is a likely first round NFL draft pick, which will make him more wealthy than his parents, and a movie about his life is in the works.)

The psychologists who administered the second test to Big Mike were stunned. How does one kids I.Q. jump 20 points in less than a decade? How elastic is I.Q.? And how much of a role does environment play in determining it?

Big Mike’s story, told in the Michael Lewis book The Blind Side, has been floating around in my head for the last few weeks as the ‘conversation’ about the role race plays in I.Q. has jumped onto news pages and blogs. James Watson, one of the two scientists who discovered DNA, threw gasoline onto the fire by saying to the Times of London that Africa would continue to be in disarray because Africans were genetically predisposed to intellectual inferiority to whites and Asians.

“[I am inherently gloomy about the prospect of Africa” because “all our social policies are based on the fact that their intelligence is the same as ours – whereas all the testing says not really.” He told the paper he hoped that everyone was equal, but added: “People who have to deal with black employees find this not true.”

Wow. Of course, people came out of the woodwork to blast Watson for his comments or to question the logic of his assertion. I.Q., they argued, wasn’t a function of race, but a function of a certain kind of socialization. That fits in neatly with the story of Big Mike: his I.Q. jumped as his life became more cognitively complex and his environment changed.

But concurring opinions sprouted up just as fast, and in the least likely of places. William Saletan, the science columnist for Slate and whose column I read pretty regularly , seemed to think the evidence was pretty damn convincing. (Saletan later apologized when he learned that the researcher whose work he’d cited to back up his argument, is in cahoots with a pro-segregationist organization. Whoops.)

The always-readable Malcolm Gladwell weighed in on this mess in an excellent piece in this week’s New Yorker, which I won’t spoil for you. On his blog, Gladwell points to research by Eric Turkheimer, who used a large data set and found that the “relationship between I.Q. and environment is non-linear.”

So who’s right? Turkkeimer would say, both sides are…Children moving from poverty to the middle class see their IQ’s jump: IQ at that end of the socio-economic scale is highly sensitive to environmental improvements. But the kinds of twins studies usually relied upon by IQ fundamentalists and that yield such high genetic effects, are much more likely to involve comparisons among middle and upper middle class environments–and that end of the scale, Turkheimer’s data suggests, environment doesn’t play a big role.

In other words, the lawyer who plays Mozart in the crib for his daughter, in order to raise her IQ, is wasting his time. But dramatically increasing the educational resources available to inner city kids makes a lot of sense.

It does. But the implication by the “hereditarians” is that those people deserve to be poor.
That so many folks —- even “well-meaning” folks — jumped to argue for the inferiority of black people shouldn’t really be that surprising. But it always is.

The question about black achievement is an interesting one, though. And the genetics argument might be more attractive to people of certain ideological inclinations, because it absolves the larger society of responsibility in the problems that affect black folk.

But if we buy the argument that environment plays a big role in the much-discussed achievement gap between black and white students, what do we do about it? What’s the next step?